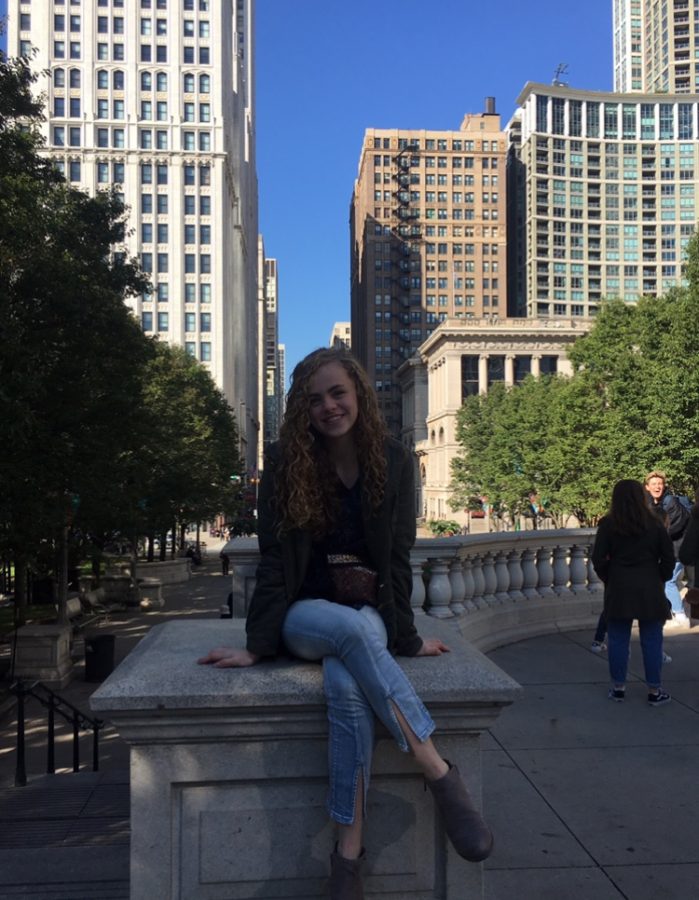 Standing on the illuminated stage, junior Ella Guikema—immobile and dressed in ragged clothes—looks out into the crowd. Hot, bright lights burn her eyes, and the conversations of her fellow cast members softly float to her ears.

In disguise as one of the mischievous lost boys in Peter Pan, Ella came to an astonishing realization while acting in that musical.

“[The musical] made me realize how awesome and how fun [theater] is and how good the people in the theater program are,” Ella said. “After that I was like, ‘I am totally trying out for the play again.’ ”

Long before Ella was standing on the stage performing in the play, she was just like those watching her; she sat in one of the FHC auditorium seats in front of her, amazed, shocked, and mesmerized by the musical that was unfolding before her.

As the cast of Beauty and the Beast danced and sang in dazzling costumes, Ella realized that theater was an amazing thing to be a part of and something she wanted to partake in.

On that very same stage where Ella performed in Peter Pan, she presented her TED Talk last year in front of hundreds of students and families during FHC Inspires— a special night of TED Talks founded by English teacher Ken George.

“FHC Inspires was a cool experience, and it really made me realize that, ‘Wait, I’m not really that afraid to get out there and talk. I kind of enjoy it,’ ” Ella said.

Although, being in the play held a new challenge for Ella: memorizing lines. Ella took this challenge as a way to better herself and persevere through it.

“It was definitely a lot of work,” Ella said. “But, I ran through [the lines] enough where it was in my mind.”

Not only is Ella dominating the speaking aspect of the play, but she is also willing to have a singing part in school musicals. Ella is part of the Central Singers. This puts her well ahead other cast members who may only like talking on stage.

Ella was extremely surprised that she received the part of Beezus in the upcoming play Ramona Quimby due to it only being her second play at FHC.

Even though Ella may be a rookie, she’s able to speak effortlessly before a crowd.

“I don’t tend to get too nervous with talking on stage unless there is singing involved because I would have gotten nervous in that case,” Ella said. “But I wasn’t expecting to get into the play at all.”

Being on stage leaves Ella with a unique feeling that many will never experience– a feeling that she has grown to crave and love.

“It’s a huge adrenaline rush being on stage with everyone watching,” Ella said. “It makes me really nervous, but simultaneously excited. Afterward, you forget about how nervous you were and just want to get back on stage.”