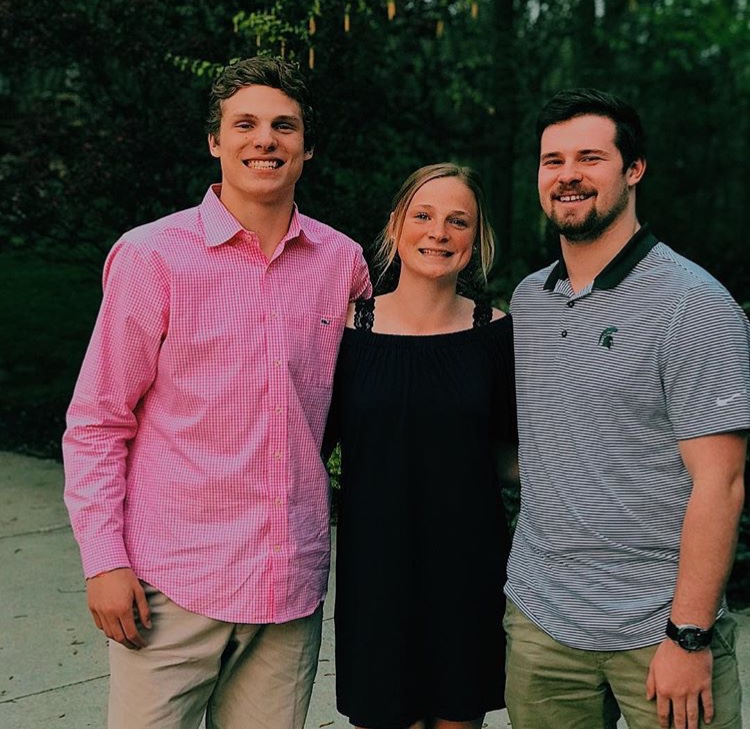 “With two older brothers that are athletic, and parents that have been athletic or in sports, I have been really influenced,” freshman Theryn Hallock said. “My brothers especially inspire me and are my role models.”

Theryn is the youngest and only girl in the Hallock family. As many people know, her family is very involved in sports; her oldest brother Tanner is playing football at MSU and her senior brother, Tate, is also committed to play at MSU for football. While her family is more commonly known for her star athlete brothers, Theryn is just as good of an athlete as her brothers.

“My main sport is basketball,” Theryn said. “I started playing in first or second grade.”

While she has been playing it her whole life, she also has played lots of other sports and will also play high school soccer in the spring.

This year is going to be Theryn’s first year playing high school basketball because she’s only a freshman, and all eyes will be on her because of her talent. In middle school, Theryn was one of the top players, and she has also played on an Amateur Athletic Union (AAU) travel team.

“I definitely want to play basketball in college, and my dream is to play at Michigan State [University],” said Theryn. “I am already getting recruited from colleges.”

So far, Theryn has already gotten offers from Grand Valley University and Western Michigan University because she is so talented, and coaches know she will keep improving. Her competitive spirit and dedicated personality will help her because it has taught her to put in more time practicing. Usually, colleges don’t start to recruit until later in high school, but she is the exception to that rule because they already see her potential.

There is much more to Theryn than just sports though. As talented as she is, she also maintains a down-to-earth and humble personality. And despite her love for competition and sports, she loves her family and friends more than anything.

Another major aspect of her life is the time she puts into everything she does make sure she succeeds. Not only does she work hard at her sport by going to the gym at least five times a week, but she also works hard on her school work and loves being in high school.

“One of my favorite things about high school so far is there are a lot more people,” Theryn said. “I get to meet new and older people.”

Part of her first year in high school includes her first upcoming basketball season as a high schooler, and Theryn is very excited. Her goal is to beat some of her own records and to work her hardest to prove she can stand up to any other player or team this season. Because of her hard work and constant dedication, Theryn’s talent will shine brightly on her teams this year.

“One of the most important things I am looking forward to though is bonding with my team,” Theryn said. “I love the time I spend with my team and the friendships I make.”