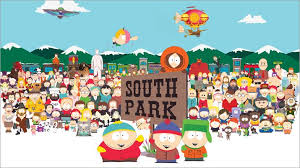 It all started with season 0 episode 1, “The Spirit of Christmas (Jesus Vs. Frosty).” The show was created when two high school students took construction paper and a 30mm camera.

Back in 1997 of August, South Park first aired on Comedy Central. The controversial show created by Matt Stone and Trey Parker hit its 22nd season on Sept. 26 this year. It will contain ten episodes with the theme of #cancelsouthpark.

The first episode, “Dead Kids,” covers the topic of a school shooting and was one of the hardest episodes for me to watch. The elementary school is bombarded with the school shooting each day. It opens with the teacher giving a lecture when a SWAT team comes in trying to find out where the gunshots are coming from. All the while, the class and the main characters Stan, Kyle, Cartman, and Kenny are unfazed. Throughout the episode, no one in town cares about the situation, except for Sharon Marsh, Stan’s mother. The episode may seem like an unsympathetic look at school shootings, but it goes much deeper than that. Giving the school shooters power only makes it more appealing for more to follow. I don’t fully agree with the meaning, but it has truth to it.

The second episode “A Boy and a Priest” opens with the Marsh family going to church. Randy and Sharon, the parents, talk about how fulfilling going to church is. As they walk in, they greet everyone kindly and ask how they are doing. The situation is very wholesome for the show, but that’s not how Matt Stone and Trey Parker role. As the families sit down for church and mass begins, the adults start ripping on the priest. Being at a Catholic church, I’m sure you can assume the things being said. The main characters watch as their parents act inappropriately. A sub character, Butters Scotch, feels bad for the priest and begins trying to include him. Personally, I enjoyed this episode. Being Catholic I know the things said about our priest’s faith and how it is sometimes true. This episode shows that assuming it truly can hurt a whole religion, and sometimes we need to just brush it off.

The fourth episode is my personal favorite, and it’s called “Tegridy Farms.” The episode begins with Randy, Sharon, and Shelly Marsh in the counselor’s office. Shelly has been bribing the recess monitors to look the other way while she and other students vape. Randy decides to take the family away to live on a farm. What are they growing? Medical marijuana. Throughout the episode, Randy and the kids battle vaping companies to keep his farm. What I love about this episode is their positive view on medical marijuana and the wholeness of the farmers and how vaping is a corporation.

So far there are seven episodes out so I won’t spoil the rest, but if you’re a long time fan like me, it’s a must watch. It ties up all the loose ends they left us with and gives the disgusting humor that makes it stand out for so many. But what I love the most is Matt Stone’s and Trey Parker’s ability to say their opinions and give insight to dark, and controversial topics. At times I may not agree with the message the show is sending, but it helps me see things another way.

Season 22 is just as controversial, if not more, as it was from the beginning.