Go to Fruition for the best açaí bowls in Grand Rapids 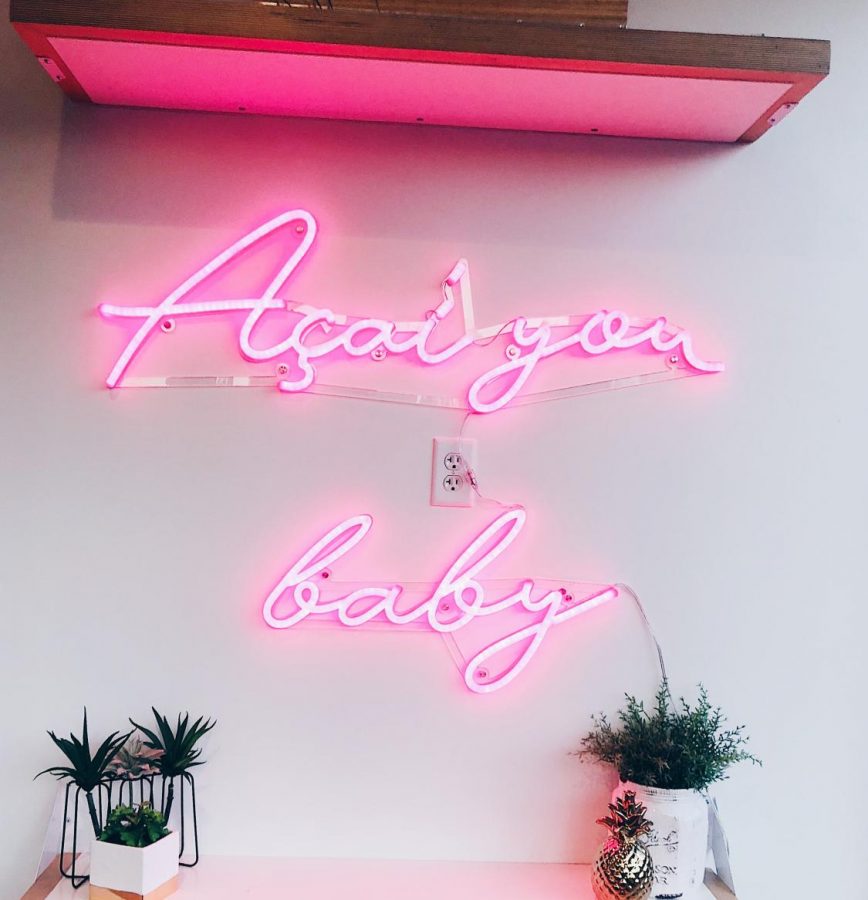 The exterior is inviting in itself. Despite Fruition’s neighbor, Sheldon Cleaners, and the three non-handicap parking spots in front, the outside of the building has a bright and modern look with large windows and thin strips of wooden siding.

When I walked into Fruition, I was welcomed with a gust of warm air and an immediate smell of fresh produce. Two smiling faces stood behind the counter and looked genuinely appreciative of my being there. I briefly skimmed over the menu since this was not my first visit, but one thing I had not registered before was the large and diverse menu: açaí bowls, avocado bowls, oatmeal bowls, wraps, smoothies, juices, bagels, toast, coffee, and pre-packaged to-go products. 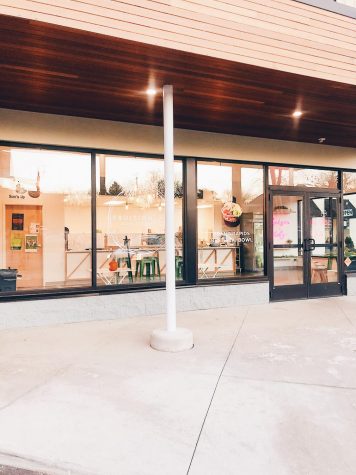 For myself, I ordered the Sun’s Up açaí bowl which consists of açaí, granola, bananas, strawberries, blueberries, and honey. The total came to $10.07 which seems a little bit pricier, but I notice that whenever I go to fresh-produce based restaurants, the prices are always a little bit higher. 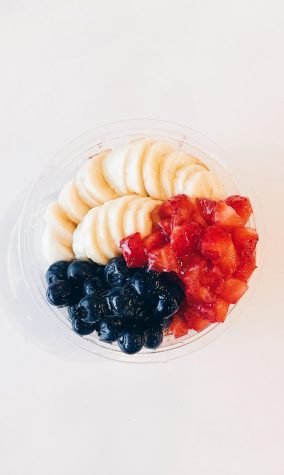 I appreciated the fact that they had an open kitchen so I could watch them make all the food. It took under five minutes for them to materialize what I had ordered. I was pleasantly surprised followed by a feeling of immediate relief that the presentation of my acai bowl was at the same standard that my memory held it to: 10/10.

The bowl was set up in layers. The bottom layer was the açaí, the next layer was granola, and the top layer was all the chopped fruit with a drizzle of honey. All three parts were evenly balanced, and I could taste the authenticity in the fruit. Additionally, the bowl that it came in was made out of 100% recycled material.

Around Grand Rapids, there is a limited amount of açaí bowl outlets. One is Fruition. One is Sip. One is Malamiah Juice Bar. Of all three places listed, Fruition leads by miles. Sip’s açaí did not have the consistency of a smoothie, instead, it was almost liquid. Malamiah Juice Bar’s açaí bowl tasted as authentic as Fruition, but Fruition’s açaí was sweet, as it should be, and Malamiah’s lack thereof puts them behind as well.

I would recommend going to Fruition. The restaurant was clean, and the food was made with real and healthy components. I will definitely remain a repeat customer.