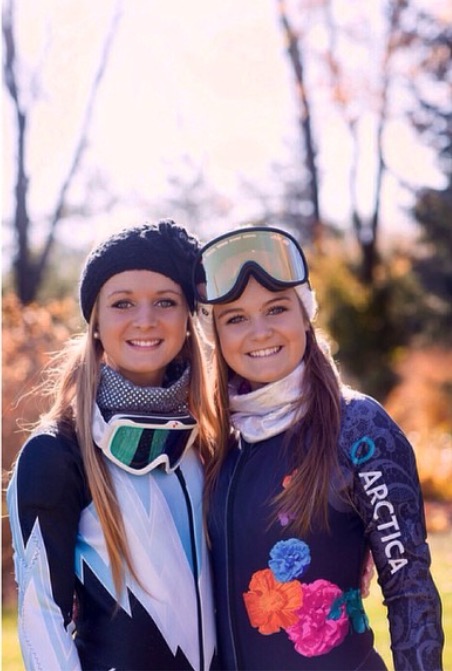 While many skiers soar down the slopes as FHC races against teams, one member of the FHC girls ski team cheers on her teammates at the finish line. One of the team’s most promising incoming skiers, freshman Kayley Reynolds had her first season ended unexpectedly after a skiing accident at Schuss Mountain on January 23 that resulted in a torn ACL, torn meniscus, sprained MCL, and severe bone bruising.  This will all lead to six months of physical therapy and two extra months away from the slopes.

“I’ve been skiing since I was one and a half,” said Reynolds. “My dad convinced me to start then because he did when he was a kid. I wanted to because he wanted my sister and I to. [My passion for skiing] came from my dad’s side. I did it all the time, and ended up really liking it.”

The boys’ ski team also lost a key athlete: sophomore Ben Finkelstein. Finkelstein joins Kayley Reynolds at the finish lines on Tuesday night varsity ski races. The two have been friends for seven years, and Finkelstein’s injury sets him back for the season as he goes through much of the same mental obstacles as Kayley.

“The injury I suffered this season was a rude awakening to the brutal reality of the sport of skiing and all sports for that matter,” Finkelstein said. “Unfortunately, the risk of injury is ever present, as seen by ski racing stars and many other world cup competitors this season. The physical pain was pretty bad the first couple of days, but the mental pain is what really took a toll on me. I had to realize the fact that my season was over, and there was nothing I could do about it, besides lay on the couch and hope for a quick recovery. No surgery was needed, but I am out until mid-March. It’s hard as I waited all year for this season, which was going to be my best season yet, but now they wait starts over again.”

Kayley and Ben’s injuries aren’t the ski team’s only setback this year; the lack of snow has also been a major factor. Without the snow, several races have been cancelled for FHC, something that teams like Traverse City, that will receive snow while lower parts of Michigan like Grand Rapids has rain, are benefitting from. Training and practices have been cancelled as well. Whether their races and other events like practices and training get rescheduled depends on whether they have space in their schedule to fit them in. Regardless of the team’s challenges this year, both Kayley and Ben are sure that the team will be successful.

“Now, the ski team on the other hand is taking a beating with this injury,” said Finkelstein. “The girls’ team is still good, but with Kayley they were truly unbeatable… and that’s a solid fact. Her and her sister, Sydney, make the perfect domination combination. That being said, we still have a great team, with a lot of strong people this year.”

Finkelstein isn’t the only one who has confidence Kayley will bounce back from her injury with more determination than ever. Her father Brad Reynolds, an avid skier who got both Kayley and Sydney involved in the sport, also trusts that she will soon be back and ready to dominate. He remembers the first time she went skiing at two years old in his backpack, watching Sydney ski ahead of them. Brad is sure that her drive will allow her to improve even more than ever once she recovers.

“Ultimately, Kayley will be better from this experience … but it sure stinks at the moment,” Brad said.  “[Kayley was] heartbroken. She has put so much time into skiing (summers, off-season cross fit, late night practices, missing school activities, etc.), and was at the start of her season, a season that had so much promise. … But she will be back. Stronger, more appreciative, and determined to achieve higher levels of success.”