She used to be mine 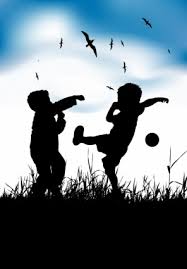 As I lay in my bed on a Thursday night, a particular feeling overwhelms me. It’s not one I am unaccustomed to, and maybe that is the reason why it’s specifically devastating. I have an unreasonable and unhealthy habit that convicts me to listen to melodies that match my mood. And that’s how I found myself captured inside of my own mind as Sara Bareilles sang the lyrics I’ve too often felt about losing myself and how I can’t stop thinking, ¨She Used to be Mine.¨

“It’s not simple to say that most days I don’t recognize me.” I continue to stare at my bedroom ceiling. Change is one of the multitudes of inevitabilities that we must face when walking the tightrope we balance upon throughout life. I’ve always known this, and while the fear of change is something completely different– because we are often comforted by the words that we will be better off because of it– I fear something else. What if the change that we endure isn’t for the best? What if we are worse off because of it?

“It’s not easy to know I’m not anything like I used to be, although its true.” It’s taken me a long time to accept that I can’t avoid change like a pothole in the road, though I’m still battling this idea.

“It’s not what I asked for. Sometimes life just slips in through the back door.” I feel like I’m far too often reminded of who I used to be. I’ve lost the childlike innocence I once possessed and the rose-tinted glasses from which I used to look at life through, and I didn’t even realize it until it was too late. The pictures of the missing-toothed girl with a frog sitting on her shoulder framed in my room remind me just how far I’ve strayed from the girl I used to know. The damage is done. I don’t like frogs anymore, and all of my teeth have grown in, and I’ve grown up, but into who? Maybe I don’t know.

“You’re not what I asked for. If I’m honest I know I would give it all back for a chance to start over, and rewrite an ending or two for the girl that I knew.” Is it wrong to feel like you’ve betrayed yourself? To feel as if I did not do my younger self justice by keeping her spirit alive? I find far too often my pillow brings me more comfort than anything else used to. I place myself in TV show and book characters because often times I want their lives more than I want my own, and I don’t even acknowledge it. But deep down, I know it’s true. I don’t hate myself, I just don’t recognize me.

“Who’ll be reckless just enough. Who gets hurts, but who learns how to toughen up.” I remember sitting in the kitchen with my dad when I was nine. I was trying to make a kite, but no matter what I did, I couldn’t get it to fly. I was on attempt probably seven or eight when my dad said something that has been imprinted in my mind like tracks in the snow. “Sarah, you are so stubborn.” At the time, I didn’t know what it meant. He then went on to explain that I don’t take no for an answer, and when I asked if that was a good or bad thing, he answered with a neutral “both.” But what about now? Has that stubbornness turned into the reason why I often prevent my own success? Have I demonized a trait I once thought fondly of?

“She is messy but she’s kind. She is lonely most of the time.” I don’t make kites anymore. I don’t go outside just to experience life nearly as much as I used to. I don’t play in the dirt or have grass-stained khaki shorts. I don’t wear pink and orange together anymore. And while these are all trivial to anyone above the age of 13, this was me. I never cared what anyone thought. I had the confidence in myself that well surpassed any that should have existed for a girl who refused to brush her own hair. I was purely and perfectly happy. I had no regrets, and I loved everything about life. But now, I can’t remember the last time I was proud of myself.

“…and be scared of the life that’s inside her, growing stronger each day, until it finally reminds her…” If that girl could see me today, I wonder if she would be proud of who I’ve become. Truly proud, though. Not of what I’ve accomplished, but of who I am. Of who I am when I am not in the public eye, but who I am behind a door that I’ve made an insurmountable barricade of. Would she be proud of the girl who often cries because of how alone she feels?

“…To fight just a little, to bring back the fire in her eyes…” What would she say when she finds that I do not live as recklessly as I used to, but that sometimes I cannot bring myself to leave my house because of how anxious I am? Or that I become so socially exhausted that I cannot simply text a person back. I think that she would wonder, “Where did I go wrong?” To which I would respond, devastatingly, “I don’t know.”

“She’s imperfect, but she tries. She is good, but she lies.” Because I don’t. I don’t know. Why can’t I talk to more than the number of people I see in a school day without feeling so exhausted that I need to lock myself out from the rest of my family? Why can’t I shake the blanket of despair that envelops me in my bed? Why is this anxiety like binds that are tethered to this room? And how did it ever become this way?

This is not who I remember– not who I thought I’d become. I don’t dislike myself, but who am I? Where did she go? Because I can’t find her.

She is missing. Maybe she doesn’t even exist any longer. She is gone, but she used to be mine.

The song fades away in the background, and I am brought back to reality. The thoughts that were intoxicating to my mind moments before come to a standstill. I cannot live wishing to bring back who I once was, but that doesn’t mean I can forget it. But for now, I will accept who I am. I will simply live out my childhood in my mind, and I hope that’s enough.