Tony DiMeglio stays busy by being involved in everything 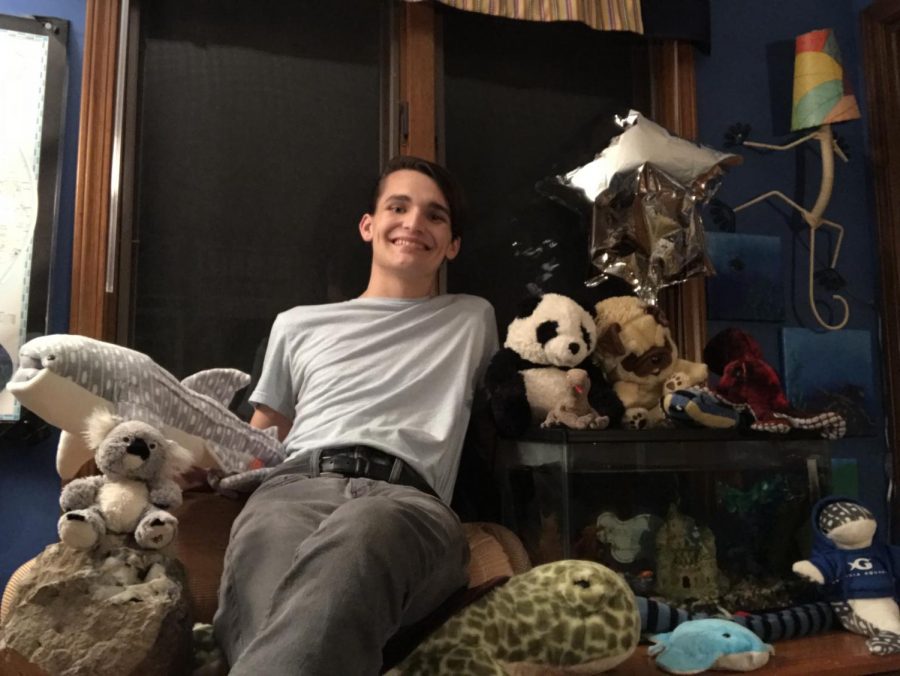 To most juniors at FHC, Tony DiMeglio is most commonly known for his active participation in copious amounts of school-related activities. From leading PACE club to participating in GLI, Model UN, and Science Olympiad, it is an understatement to say that Tony is involved.

However, there is more to Tony than just extracurriculars. On the inside, behind closed doors, he is an avid reptile enthusiast, a certified scuba diver, and despises all things winter. Influencers such as Beyonce, P!nk, Lady Gaga, Michelle Obama, and Bernie Sanders comprise the multitude of people who inspire Tony in his everyday life. By relating these people back to his passions, Tony gains inspiration from all.

“There are different people who have done political activism or who are politicians who have done a lot of activism when it comes to the environment and biology and ecology,” Tony said.

While Tony usually sticks to a schedule that is mainly focused on science and history, this year he branched out of his comfort zone in order to take AP Seminar with beloved teachers Steve Labenz and Lisa Penninga. Luckily, this risk paid off.

“I love Seminar,” Tony said. “That might be my favorite class. I took [AP Seminar] instead of AP Lang because I don’t love English, so I didn’t want to take an AP English. Once [AP Seminar] became an English class, I was overjoyed because that meant [I could take] two science classes and two social studies.”

Although he did branch out this year, Tony still hopes to pursue a career that remains focused on a field relating to biology or political science.

Ever since his aunt paid for his scuba diving training, though, his interest in biology became heightened.

“[My aunt] really propelled my interest in marine biology even though she’s not in the biology field, and she funded my scuba diving,” Tony said.

While Tony still remains torn between the two subjects, he has also begun to turn his focus to herpetology. Herpetology, zoology that is focused on amphibians, is something that he is seriously considering for his future.

“I really have a strong passion for non-medical biology-related sciences,” Tony said. “Yes, I like human anatomy. Chemistry was fine, but I like the [sciences] that deal with animals and with wildlife. I like hiking. I like finding snakes. I like dealing with those animals; I like biology that studies animals, so that is what has really drawn my focus.”

When it comes to looking for colleges to pursue a career, there is one thing that Tony knows he does not want: snow.

When considering other places, Tony would like to move to a school in the Southern region of the United States, but he is worried that the demographic there has the potential to not fit his tastes, so he would like to branch out more.

Tony would like to be relatively close to someone he knows, though, and this could also affect his decision.

Overall, however, Tony remains spiritually connected to Michigan. Although he was born in California, he moved here when he was very young and definitely feels at home here. So, even in preparation for whatever crazy career lays ahead of him, Tony can be sure that he will always have a home here in Michigan.