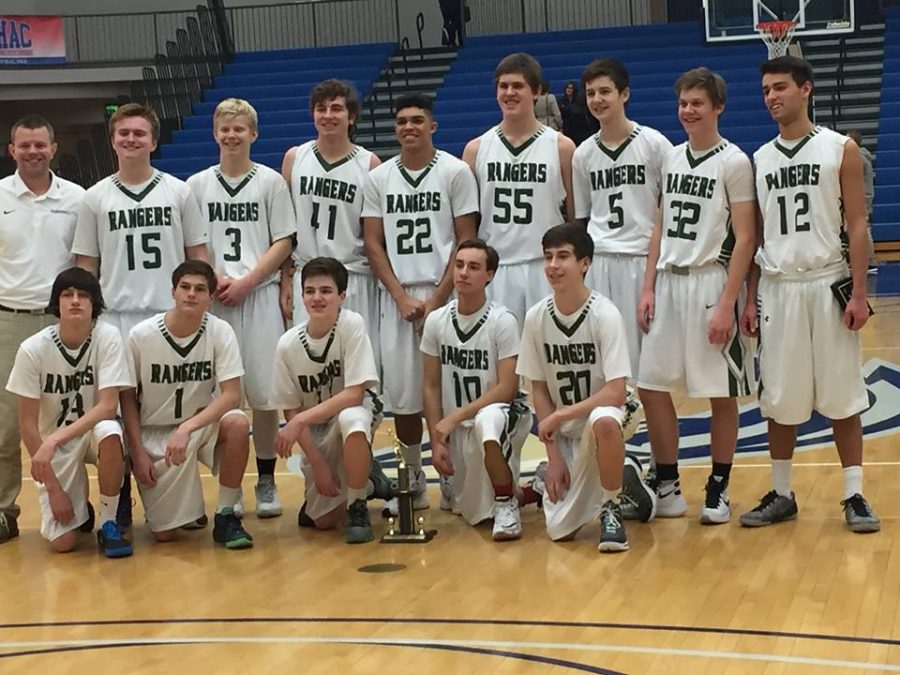 Last year during the winter basketball season, the attention was solely on the varsity boys basketball team, as they completed an undefeated regular season. But as that season ended there was still another team whose winning streak lived on. Sophomore Elijah Gurley and the rest of his JV boys basketball team continued their streak well into the next year.

The success behind this run cannot be attributed to one coach, as the boys had a different coach each year, but it can be contributed to the bond and friendship these teammates share.

“How close we are as a group is awesome. I love all these boys like brothers, and all the laughs and good times we have shared will never be forgotten in my life,” Gurley said.

Because of how close the team is, they as a whole have built many memories over the years. In addition to Gurley, sophomore Ryan Dunn say one of his favorites is their Grandville game.

“The game went it to OT, and in OT Andrew Tebeau hit a deep buzzer beater three to send the game into double OT. We ended up winning the game in double OT. It was one of the best games I have ever played in,” Dunn said.

Gurley also explained that the memories from the locker room after the game were just as great. He remembers almost losing his voice the day after that Grandville game because of how loud everyone was screaming.

Sophomore Andrew Tebeau also holds a favorite memory, saying his favorite was traveling to Traverse City because of the ride up there and the amount of bonding that occurred.

As a whole, the team has seen their fair of close games. One was the game that ultimately ended their incredible streak, a overtime loss to Grand Rapids Christian. Before that loss, the team won 13 more games at the start of their junior varsity season, including a big opening game against Forest Hills Northern.

“I think the Northern game this year was our biggest one because of how close the score was the whole game. Plus it is always a huge rivalry game, and the fact that Aidan Rynbrandt and Andrew Tebeau (two current members of the JV team) both used to go to Northern only added to it,” Gurley said.