What Moving Taught Me 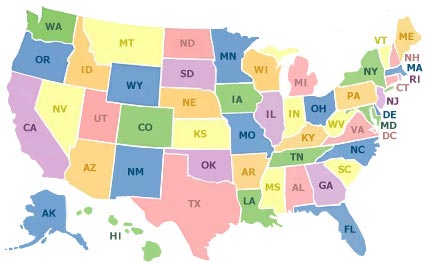 As a sixteen year old, I have learned many things. I have learned to not slam on the brakes in the middle of a street. I learned to effectively serve a table of twelve people in a restaurant. And I have also learned that change is good.

When I say change, I mean anything that involves changing. Changing your clothes, changing how you do your hair every morning, and changing the place you live.

That’s what I did. I moved across the country as a mere 12 year old. During the time when you’re just beginning to find your “group” of people, those who you know you can depend on and those you will spend your high school career growing with. I had just found that. But then I was told that we were moving to a new state named Michigan. All along the way I have learned new things, and here are a few.

Moving across the country is not as bad as everyone said it would be.

I have spoken to many people about how I moved and it is always the same answer, “That must have been terrible.” But, in all realness, it was the best thing that has ever happened to me. If I hadn’t moved, I would have not come across the opportunities that I have today and I would have never met some of the people that changed my life for the better.

No one knows you.

Be outgoing and be yourself.

One of the biggest things I have learned is to be myself and to be outgoing. It is one of the biggest things you need to take into account when you have to do something you have never done before.  If you are fake towards people there is no way that you can be friends with them for long; fights will arise and nothing will work the way it is planned out to. Sitting in the corner alone won’t get you anywhere. To walk into a new place and expect to make friends and have a good time, one needs to be outgoing and willing to go up to someone and say hi. Or, walk into a new class and be raring to go.

Moving was something that, in the beginning, I thought was a horrible idea because I was leaving all of my friends and family. But now, even though I have only lived in Michigan for four short years, I have met my best friends, become closer with my family and learned what my true passion is. Overall, this move and these lessons have and still are changing my life, and I’m ready for whatever it brings my way.