The beasts weren’t the only fantastic thing about Fantastic Beasts and Where to Find Them: The Crimes of Grindelwald 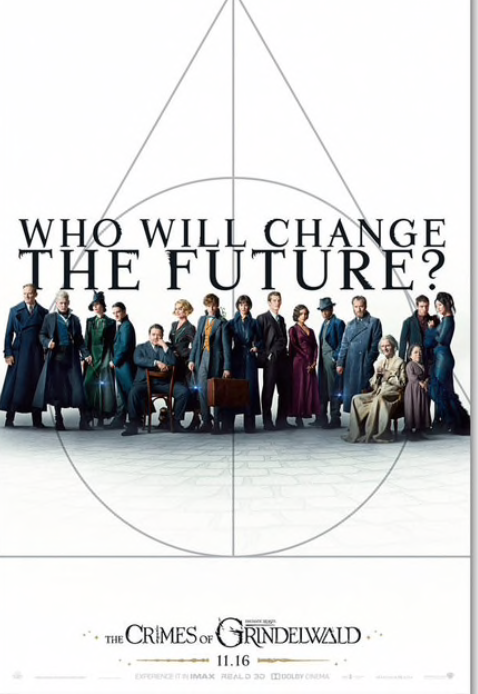 When I was in first grade, I was introduced to Harry Potter and the Wizarding World. Present day, ten years later, I can recite the books forward and back. On Friday of last week, the newest addition to the franchise, Fantastic Beasts and Where to Find Them: The Crimes of Grindelwald, came out. Was it what I expected? Not at all. Was it everything I never knew I needed? Yes, completely.

For those you who are not fluent in Harry Potter, the Fantastic Beasts series takes place many years before Voldemort is at large and before Harry Potter enters the picture. The story is a web of subplots that ultimately come together.

One of these follows Newt Scamander, the brilliant magical zoologist. Newt saves magical creatures from unfortunate situations and heals them inside his case with infinite habitats. In the first Fantastic Beasts movie, he meets two American witches, Tina and Queenie Goldstein, as well as befriends a muggle (someone without magic) named Jacob Kowalski. In this film, all four end up in Paris.

Another plot follows Credence Barebone, a tortured young wizard who houses an Obscurus (a parasitical creature that forms when young wizards are forced to suppress their magic). In this movie, Credence goes on the search for who he truly is and who his family is. This too takes him to Paris, where he meets a Maledictus (someone with a blood curse passed down maternally that eventually turns them into an animal) named Nagini.

The final main plot that ties everything together revolves around the greatest dark wizard up until the time of Voldemort: Gellert Grindelwald. Grindelwald seeks Credence for his power over his Obscurial, in which he believes he needs to eliminate Albus Dumbledore–the final obstacle in his way to taking over both the magical and nonmagical world. The plot thickens as Dumbledore is unable to move directly against Grindelwald and therefore involves Newt to do so.

Before the movie was released, I dived deep into the movie posters and trailers. In the title, The Crimes of Grindelwald, the Deathly Hallows can be found trapezing as letters. Soon, I came across another poster with the main cast in the foreground and the sign of the Deathly Hallows behind. Despite this, the hallows have yet to make a significant appearance or play any detrimental role.

After originally watching the trailers, I had major concerns. First and foremost, I was worried that with so much going on, the fantastic beasts would be overshadowed, overlooked, and omitted from the film. Thank goodness that was not the case. In contrast, the creatures actually played an important role. They were not forgotten in the least; they were mixed into the overall plot with such ease that can only account to the series expert planning.

Also, a side note I felt was germane enough to mention is that the “movie magic” creating the beasts was spectacular. They were not some odds and ends of fake bits of photoshopped fur, fangs, and scales that catch your eye for their uncomfortable cut-and-pasted-ness. They fit flawlessly right into the rest of the movie.

My other major concern was that the movie would be too confusing and too much would be left unsaid. For the most part, this concern had no material form. The timeline of events and how the movie ended was perfectly clear, but the questions that the events posed remained.

For example, I really wanted to know why Leta Lestrange left Newt for his brother Theseus (as the audience briefly learned in this first installment of the series). While the audience received an adorable flashback to their Hogwarts days and learned more of their backstory, that aspect was left untouched. Whether it was unimportant to the plot or going to have an essential role later, I can’t discern.

As for Newt’s other love interest, I can say I was not disappointed in the slightest. While merely hinted at in the first film, his romance with Tina gained more substance in this installment. Newt’s endearing awkwardness and her oddly charming uptightness worked in tandem to make this romance prominent, yet also understated, in the best of ways.

Another set of relationships I was dying to learn more about was Credence and his family. I had my own theories and predictions, but I couldn’t have been more wrong if I tried. I was so thoroughly shocked that my jaw was dusting the ground. Even now, I’m still baffled and trying to sort through all the clues. 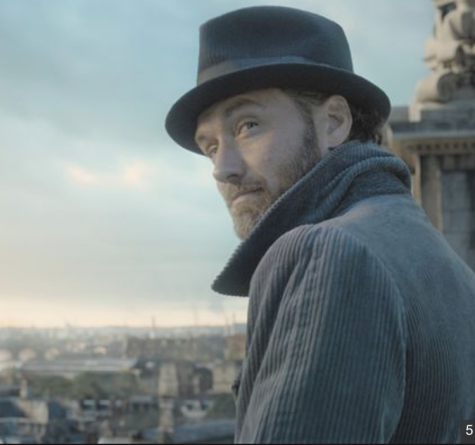 The thing I think The Crimes of Grindelwald was most important for was giving more insight into each character and the “Potterverse.” Speaking to the former, I’m giddy from seeing young Dumbledore. He had all the flare and cleverness from the elder version we’ve come to know but with a less-pained sort of youth. The only thing that let me down was that Dumbledore was not allowed to be openly gay. (I’m sorry if I just ruptured your childhood beliefs, but this little-known fact has actually been confirmed by JK Rowling.)

Like every good story, there was substantial character development. In the movie, Queenie’s development was the most prominent and most fun to watch. As for in the speculated three installments to come, I’m most interested to see how Nagini goes from being so innocently good to Voldemort’s trusted pet.

Nagini herself is just one incredible way this movie enriches the “Potterverse.” She helps the cohesion between the two sets of stories, and she begins to layer backstories of common Harry Potter characters together. For the other Potterheads, some other connections include Nicholas Flamel, a glimpse at the sorcerer’s (philosopher’s) stone, the Mirror of Erised, Hogwarts, and Professor McGonagall.

As needless as it is to say, the actors and actresses in this movie were phenomenal. They all played their roles with the utmost authenticity. However, some of the most notable mentions include Eddie Redmayne as Newt, Jude Law as Dumbledore, and Johnny Depp as Grindelwald. Narrowing down that list to just three actors was probably the hardest part of writing this whole review.

I am so glad I went to see Fantastic Beasts and Where to Find Them: The Crimes of Grindelwald opening night. You see, that allowed me to go back and see it again the very next day. I would have gone a third time had I had enough time. These action-packed two hours lived up to the quality and standards of all the past Harry Potters. Ten out of ten.