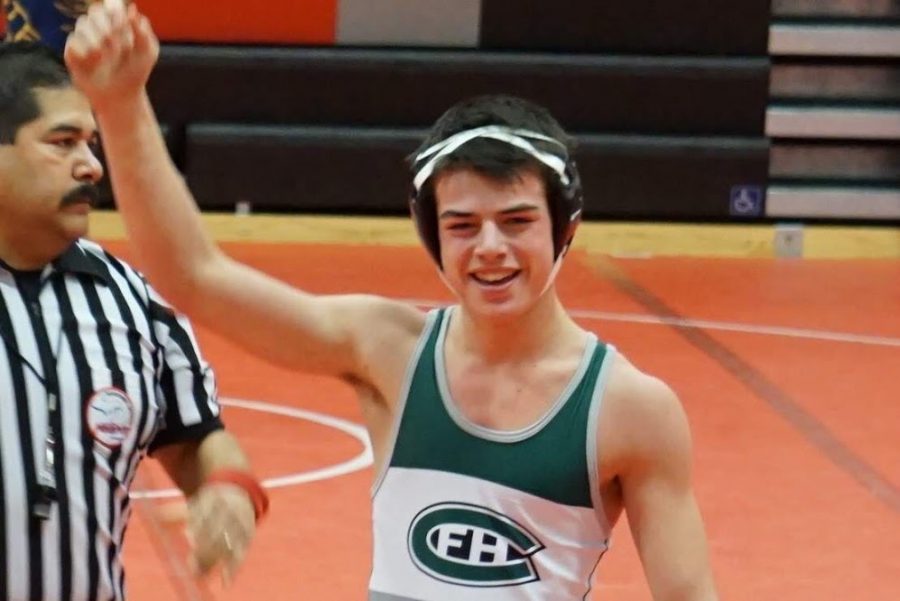 How long have you been wrestling?

“This will be my sixth year wrestling.”

What is the hardest part of wrestling that people may not know about?

“A huge challenge in wrestling is the unknown opponent and the obscurity of it all. When you wrestle the same person in the practice room for weeks and weeks, you start to pick up on their tricks and tells that they might have. This is also true when you’ve been wrestling the same wrestlers from other teams for years. Wrestling a new opponent can be a huge mental challenge since you know nothing about them.”

What has been your favorite wrestling memory?

“On of my all-time favorite wrestling memories was watching two of my teammates, Isaac Torrey and Keegan Moore, compete in the state tournament last season at Ford Field. Almost our whole team was there to cheer them on and support them.”

What is your personal goal for this season?

“My personal goal this season is to be competitive in the varsity line up.”

What quote motivates you in life?

“A quote that I’ve learned to live by would be an ancient Spartan motto of ‘With it, or on it.’ To be literal, that means to give your absolute best and come back victorious, or give into your own weakness and be defeated. If you’ve ever had a class or practice with Coach Anderson, you’ll almost always know this quote.”