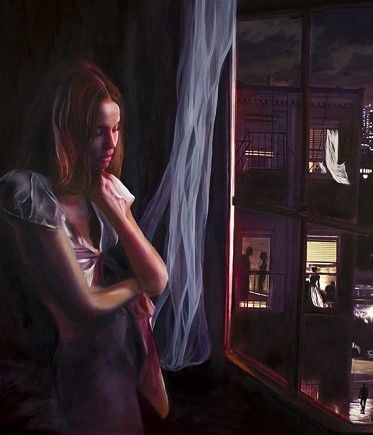 Whether it be their 2011 EP Woodland or their first album in 2013, The Paper Kites’ indie-folk music has always remained a timeless and warm sound in my playlists. My perception of the band’s music has remained constant throughout the last few years, mainly because I didn’t take it upon myself to stay informed on their next few album releases after 2013. I’ve always known them for their graceful and playful music.

Consequently, as I lived blissfully in their older soundtracks, The Paper Kites’ previous light, feathery sound sophisticated and hardened over time. With the loss of their unique sound, minus a few exceptions, I found myself disappointed with the first listen of their new album On the Corner Where You Live. Its melancholy and slightly passive vocals left me longing for a sound similar to the band’s former, happier songs.

However, after spending more time with the album, I formed a deeper appreciation for its songs. At first, I was comparing On the Corner Where You Live to their older albums, which are undoubtedly wonderful, but shouldn’t cast a shadow over their music now. On the Corner Where You Live is different than the lighter tone that I previously familiarized with the band, but the album is a work of art in itself, despite the differences.

It begins with “A Gathering on 57th,” an instrumental prelude that sets the mood and eases into the album. The prelude is relatively short when compared to the rest of the songs, and it consists of a leisurely jazz sound. The saxophone and piano are engaging and relaxing, easily able to pull a person into the realm of its subtle tunes.

What makes On the Corner Where You Live remarkably different than the band’s 2011 EP Woodland becomes apparent as one progresses further into the album. Specifically, following the prelude, “Give Me Your Fire, Give Me Your Rain” is composed of a nostalgic melody that sounds as if it came straight from the ’80s. Its soft rock and smothering guitars revel in feelings of longing love, and, occasionally, peaks of excitement sneak up on you amidst the subdued rock.

In this song, the sophistication of the band is easily discernible. Five years ago, the band focused more on a brighter, bouncier sound in their music, but it’s clear with this song that On the Corner Where You Live focuses more on a deeper warmth with mellower tones. It caught me off guard when I first listened to it; however, with my revisit, I realized that their music now is full of emotion and glowing with humanity.

Further into On the Corner Where You Live, the song “Flashes” stood out when compared to the other songs on the album. It loses the soft rock feeling that the songs preceding it had; instead, “Flashes” falls more into an acoustic category with its light pulls of guitar strings and soothing vocals. The song is dismal and wistful at first, but it molds into hope as it progresses, making it quietly comforting and reassuring.

The soft rock sound returns towards the end of the album with “Don’t Keep Driving,” and it includes all of the delicate, candlelit melodies and bits of guitar riffs that are found throughout the album. “Don’t Keep Driving” is a song that disregards the theory of time, making it easy to forget that the clock is ticking when listening to it; it’s effortless to get lost inside the captivating lull of sounds. Before you know it, the song is over, and it’s a wonderful way to conclude On the Corner Where You Live.

Embracing the differences in style of their albums, it is clear that On the Corner Where You Live displays the fluidity and growth that the members of The Paper Kites have experienced throughout the last seven years. Their music style has changed, but the quality of the songs remains superb.

In its 11 songs, On the Corner Where You Live consists of an ‘80s late-night aroma that has the capability of pulling a person into its own world. The album creates an atmosphere of longing love with its wafty, almost drowsy tone. Although it lacks the liveliness of the band’s older albums, its intense emotion creates a similar feeling of excitement and appreciation. The simple tempos shouldn’t be mistaken for anything less than grandeur.

To gain a full appreciation for the album, it’s something best found when listening to alone. It’s not necessarily music that one would jam out to while in the car with friends or listen to on a whim. Each song is heavy with raw emotion and feeling, and it takes time to take in all of the weight.

Although the songs aren’t necessarily thrilling, they do deserve appreciation. On the Corner Where You Live manages to achieve a slow, wistful tone while still remaining rich and complete. Its culmination of dreamy tones and emotive peaks make the album truly a work of art.