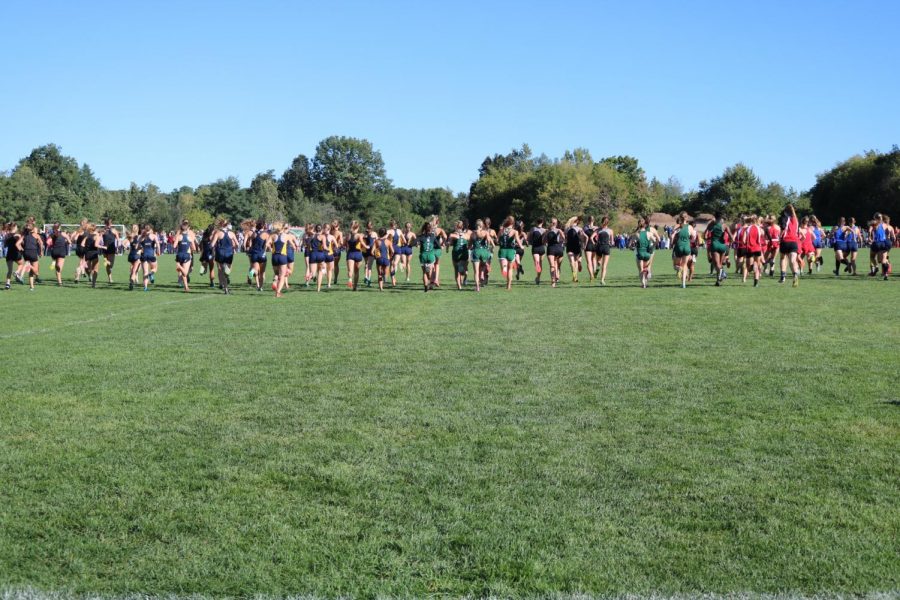 For three-year cross country coach Nils Eastburg and his boys and girls cross country teams, this season was one for the books. They were able to shatter expectations, and for the first time in twenty years, the entire boys team was able to qualify for the State Meet after placing second in the Regional Meet.

“The regional race was the highlight of the year for me,” Eastburg said. “Not only were we able to qualify all of our guys team for the first time in twenty years, but our girls team had their best team race of the entire season. There was nothing more I could have asked of anyone during that race.”

The boys cross country team had one key leader that guided them throughout the year; not only as a racer but as a team leader. Senior Geoffrey Batterbee consistently led the team to victory and had one of his best seasons yet as a runner.

“This season was definitely my best yet,” Geoffrey said. “I cut a lot of time and was a lot more competitive; however, I will miss the camaraderie that I developed with my teammates and competitors over the years a lot.”

Even though the boys team is losing Geoffrey, they have plenty of young talent that helped them throughout the season immensely. Junior Gabe Carlson and freshman Sam Yeager were both key assets to the team and continued to prove themselves in every race.

Not only did the boys have a successful season, but the girls cross country team had one as well. After finishing fifth in the Regional meet, third in the Conference Meet, and having one team member, sophomore Whitney Currie, qualify for States, the Lady Rangers were able to finish the season proudly.

“My favorite part of the season was definitely States and Regionals,” Whitney said.

As the 2018 season winds down, the biggest loss for the team will definitely be the senior leadership. The senior runners have helped the teams for the past four years on and off the course.

“To me, one of the most important parts of this team that I will miss the most will be our senior leaders,” Eastburg said. “We had so many strong and inspiring personalities on both the guys and the girls teams; I have had the opportunity to work with them for three years now and I can’t say there was a better way for them to end their cross country careers.”

By the end of the season, the teams had several school records that were broken – including the freshmen boys record for the fourth year in a row – in addition to many personal records being shattered. All returning runners are looking forward to the next season.

“Due to some early-season injuries we were unable to score the points we needed to secure a Conference title, but we still came back and ran an incredible Conference race and then [moved] into Regionals,” Eastburg said. “Our Regional race really encompassed the work we put in throughout the season. It just goes to show how far along these teams have come in the last few years. I’m excited to see where we can go moving forward with so much young talent.”