With fall sports over, look to one of these clubs for a winter activity 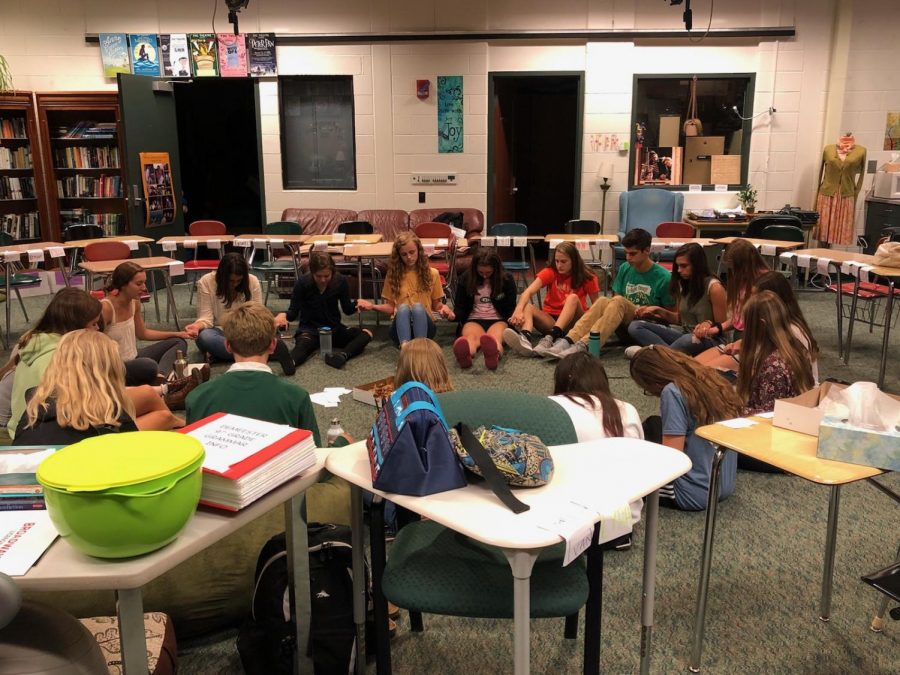 If you recently wrapped up a sports season and are looking for something else to get involved in, join a club. Here is a list of ten clubs you may be interested in joining.

Do you enjoy reading? If so, Book Club may be the perfect fit for you. Meeting either monthly or bi-weekly, Book Club meets in Room 142 to discuss various genres of books. The club is advised by English teacher Lisa Penninga, and anyone from any grade is allowed to join.

“It’s a great group of kids that love to read,” Penninga said. “[The club] is student-led. The discussions are different from in a class because you can just say whatever you want.”

Conspiracy Club is open to people of all grades to come, listen, and present conspiracies. The club is advised by counselor Jodi Arsulowicz and meets on the second and fourth Tuesday of every month in Room 134.

AP environmental science teacher Chad Scholten took the reigns of Environmental Club this year and encourages anyone and everyone to join. Although the club has only met once this year, Scholten is prepared to start putting projects together that gets the club outdoors.

“[Students] have talked about doing different kinds of community service projects,” Scholten said, “whether it be like a park clean-up or a beach clean-up.”

The Gay-Straight Alliance Club (GSA) is focused on inclusiveness and equality. In the club, there are conversations about struggles people face and changes that are hoped to be made around the school. The club meets on the first and third Tuesday of every month. English teacher John Fisher advises this club and encourages all students to get involved.

“[Students] should join if they want to immerse themselves in a group of people that are interesting, caring, kind of unique, you know, basically just like me,” Fisher said.

Cultural awareness is something that is incredibly important and can always be improved. Global Learners Club works to promote the sharing of different cultures. In the club, students discuss ways to celebrate each other regardless of race, gender, heritage, or physical limitations. Special education teacher Vicki Felton advises, and the club meets bi-monthly.

Beginning last year, Outdoor Adventure Club was created by students who have now graduated but is being taken over by current students. This year, the club is planning on doing lots of indoor rock-climbing, hiking, and whatever else the club members have in mind. There is no set date for when the club plans on meeting, but advisor and biology teacher Joey Spadafore says to stay updated by watching FX.

PACE Club stands for Political And Current Events Club. Interested students discuss world events that fall under these categories in a supervised, non-threatening group environment. Social studies teacher Chris McClees advises this club, and it meets on Thursdays from 3-4 in Room 219.

The robotics team designs and builds a robot to compete in a robotics competition. Although the team meets year round, the most demanding months of involvement occur from January to April. Anyone interested in engineering, information technology, marketing, graphics/video design, or animation should consider Robotics Club. Eric Baird from FHN advises the club.

Biology, earth science, chemistry, forensics, you name it. Science Olympiad is a club where you can choose your favorite area of science, then do labs, tests, or experiments that show you where you place amongst other schools. Science teachers Kristy Butler, Joey Spadafore, Patricia Richardson, Jason Colegrove, and David VonEhr are advising Science Olympiad this year. Science Olympiad meets after school on Thursdays.

“We start [with] invitationals, [which] are kind of like practice tournaments, in less than a month,” Spadafore said. “Anyone is more than welcome to join. We can always place you [in an area of science], and you can compete at different events throughout the year.”

On Fridays from 3 to 3:30, students of all faiths can come together, talk about their week in a safe setting. This year, the group is led by seniors Sutton Steensma and Ashlyn Fitch. The club meets in English teacher Robbin DeMeester’s room. The group is open to people from all faiths and all grades.

“[Students should join] if they need a place to go where they want to have people surrounding them who really care about some of the minutiae in our life,” DeMeester said. “Some of the smaller things that are important to us and that hurt our heart and make us crazy, we share in a group that [lives by], ‘Whatever is said in this group stays in this group.’”