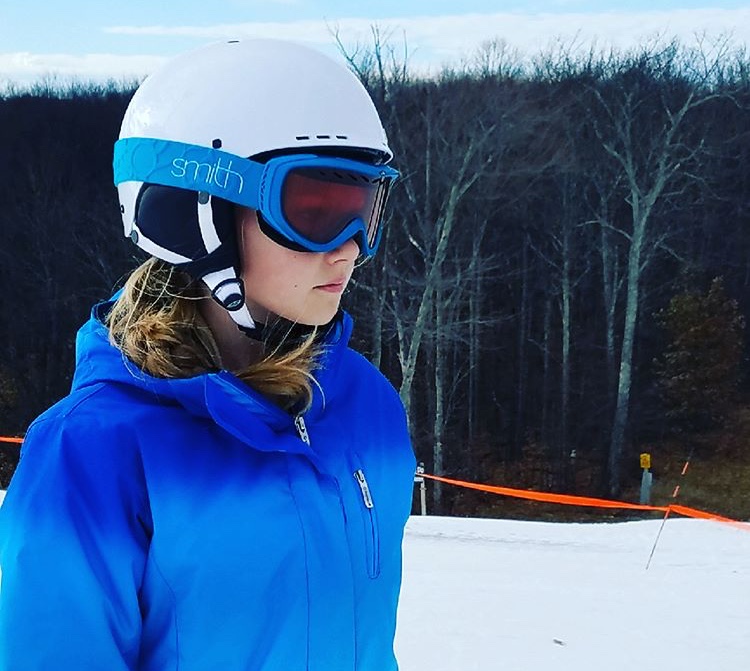 “How is it supposed to get done if I don’t do it?” Is a motto that freshman Morgan Young finds applies to everything she does. From playing soccer for ten years to having the idea to start her own business, Morgan has always believed that it is better she do it herself than leave it for another person to handle.

Morgan started playing soccer when she was just four years old, around the same time that her father did when he was a child. Both Morgan and her father played for the same number of years, youth through high school, and this fact is one of the things that drove her to her love of soccer in the first place.

“[Soccer] helps me make really fast decisions and keeps me in shape,” Morgan said. “At the same time, [it encourages] great friendship skills and working together. It’s just all of that combined into one that’s really added to my life. That’s one of the reasons why I love soccer.”

Starting out, Morgan played for the YMCA team and then progressed to AYSL, a soccer club for younger kids. After this, she finally progressed to the Grand Rapids soccer team, more specifically the premier team for U15. By growing, both mentally and physically, through each team that she encounters and joins, she is able to witness the ambiguousness each team brings and all of the different aspects of them. These and all of the tough practices involved are what she hopes will help prepare her for her first upcoming season of high school soccer.

These teams have taught her hard work, to be brave in the face of uncertainty, and to stay true in chances of adversity, but most importantly, the importance of family.

“[Soccer is] almost like a second family,” Morgan said. “We go to restaurants after tournaments, and it’s really fun just to hang out with and get to know people.”

All of these lessons have also helped prepare Morgan for her high school experience, both in and outside of soccer. With having extensive previous practice in all of her club sports, it provides relief and comfort that she will be able to perform well on the team in their season coming up.

“I feel like it might be more challenging, but at the same time, I feel like my coach has prepared me well enough for [high] school,” Morgan said. “Our coach definitely sometimes beats up on us, but we know he loves us and we learn from our mistakes and then apply those skills that we need to build on.”

While Morgan may have been able to prepare for soccer in high school, there is little to be done to prepare incoming 8th graders for the wilderness that high school is. While she may have had soccer to toughen her up, the new walls and experiences were still difficult to adjust to.

Despite all these new challenges of coordinating and familiarizing herself with new teachers and new classes, Morgan feels as if she is fitting in among the halls.

“The first day, [my] bus [arrived] at 7:38, and I didn’t know where I was going–it was very busy,” Morgan said. “It was overwhelming the first week. I think we’re doing pretty well at fitting in. [There is] lots of homework, lots of tests, quizzes, and a lot of pressure.”

The all-conquering attitude that Morgan has for soccer and high school are just some of the characteristics that helped foment her desire to take charge and make a difference. In soccer, she uses her position as a striker on the field, however, she will not be performing any assists in what she hopes to be her future career. Morgan wants to take on the challenge by herself and decided to take the more unusual approach to a job based on a love that never died.

When Morgan was younger, all she wanted were animals: rabbits snakes, anything. But time after time, the same result came up, and she couldn’t find someone to watch them. Morgan took this passion to take charge and finally decided to do something about it in hopes that others would be able to have whatever animals they want and daycare would be no worry of the mind. That’s where the idea for a business came about.

“I want to start my own business [like] Family and Friends by D&W; it’s like a vet place where you can take your dogs,” Morgan said. “But I would like to expand that to more animals because it’s hard if you have a rabbit or a snake to find places. You [end up] having to ask friends, and that can be really hard.”

The most surprising thing is that even though Morgan has played soccer for 10 years, her passion and desire to helps animals runs deeper than her turf-stained uniforms. This is why she is deciding against playing soccer in college. Because Morgan wants to pursue a business degree and possibly become a veterinarian, she does not want sports to create a distraction.

“I was hoping my career involved [something] with animals and working with other people,” Morgan said. “I have considered [that I might do soccer], [but] I would rather focus on academics. Soccer is one of those extra things that in college–it might be too much. I love the sport, but I might have to stop at one point.”

Academics have always been the main concern for Morgan. In fact, it’s one of the things that helps define her as a person. It’s not the grades she gets, but rather the effort she puts in. While many like to claim the title “perfectionist” when it comes to everything, Morgan only claims it when school is involved.

It all might seem mundane to others, but to her, it’s all for one reason: to get into her dream school, Michigan State. Here, she will be able to pursue that same passion of starting her own business, which can only be achieved by hard work and dedication–the very characteristics that Morgan gained from playing soccer all those years.

“I’m just trying to make sure that my grades are as best as I can get them 100 percent of the time so that I have more options [and] am not limited to where I can go,” Morgan said.

While this is her constant mentality, she has never been angry at herself for not always performing to perfection. In fact, Morgan sees it as a chance to thrive and become greater at whatever task rather than let the failure deter her motivation.

Having countless pep talks from both her supportive family, who make it out to about every game, and from her coaches have left her with the belief that it is not always about achieving perfection, but rather about how she fights for it.

“Just because you didn’t do something perfectly the first time doesn’t mean you won’t be able to accomplish it later,” Morgan said.