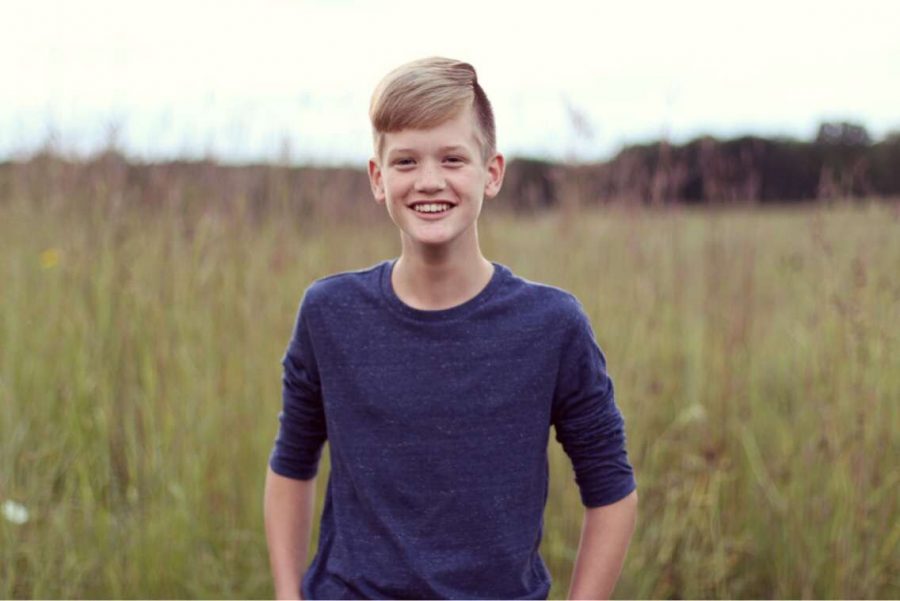 While impersonating Beyoncé is not a common talent among most people, freshman Zach Guikema did just that earlier this year. And despite only being a freshman, he radiated confidence as he performed his short dedication to the iconic song “Single Ladies” with much grace and gusto.

“They wanted guys to do the ‘Single Ladies’ song, and so I just ended up doing it,” Zach said with a laugh.  “I thought ‘Oh, might as well.’ The lip sync was definitely a big highlight of my year so far. I just felt really good about it.”

While the participation during the freshmen’s Homecoming lip sync wasn’t as high as Zach had initially hoped, he was proud of the overall performance from his class and was especially glad to be stepping out of his comfort zone more.

“There were only 10-15 people in the lip sync total,” Zach said. “It was kind of a bummer, but I guess with every freshmen class, it’s like that. But [I’m glad I got to] go out there with some of my good friends.”

Although the lip sync was his musical debut, it will not be the last FHC sees of him.

As an incredibly audacious person, high school has offered Zach a plethora of opportunities that he has embraced wholeheartedly. Prior to high school, his list of sports he’d played mainly consisted of baseball; but as high school came around the bend, Zach diverted his attention away from that and more towards tennis.

“I was really looking forward to getting to know more guys, like upperclassmen,” Zach said enthusiastically, “and I thought it would be really fun to be involved in a new sport.”

The highs and lows were sometimes difficult to navigate for Zach because of how new it all was to him, but with a steadfast smile and consistent motivation, he powered through the season, putting in countless hours for the sport.

In addition to the major time commitment required from being on the JV boys tennis team, Zach also participated in the marching band, achieving his long-time dream of marching with/for the high school.

“I’ve watched the marching band shows for years now,” Zach said. “It’s always been one of those things I’ve wanted to do. With marching band, I just love the community we have.”

The thrill of marching on the field was a unique experience for Zach, especially with being led by his sister senior Zoey Guikema who is one of three drum majors for the marching band. Besides this connection with Zoey through marching, his honest beginnings with his instrument also stemmed from his sister.

“I play the trombone in the marching band,” Zach said. “I first got introduced to the instrument by my sister Zoey, and I thought that it was really cool.”

Because of his love for music and his family background with it, trombone is simply one of many instruments he is skilled with. Covering the trifecta of music– choir, strings, and wind– Zach also sings for the Grand Rapids Youth Choir and plays guitar in his free time. Inspired by both his sisters to pursue each musical area, he has been honing his skills for several years now

“I like music a lot,” Zach said. “I like the way I can just play or sing music and just feel good about myself. [I like] just the feeling of music. I like listening to music too. Sometimes, lyrics stick out to me, and I can really relate to the message it has.”

Zach stands out as a high achiever musically and academically, striving to do his best in everything he does while maintaining his uniquely irrepressible spirit.

“I have confidence because I put myself out there,” Zach said. “I’m really a go-with-the-flow kind of person, and I just like having fun with great things.”

From his epic Beyoncé tributes to his natural talent for music and sports, Zach has done well to broaden his influence and involvement in the FHC community. Even as a freshman, age and rank will not be holding him back any time soon.

“I haven’t ever tried to be like other people,” Zach said. “It’s just a waste of time trying to be in the ‘in crowd.’ I’ve just been myself to make sure that I’m not just following the crowd.”