There is great importance in putting history in perspective 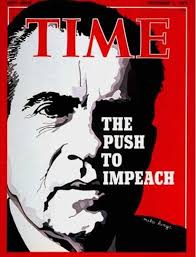 As tragic as Romeo and Juliet, as perplexingly simple as the Sphinx’s riddle, as convoluted as philosophy, is history, both current and past.

When the world blows up in controversy and disaster, everyone must take a side, fighting vehemently to outspeak others in proving that theirs is the real truth. Consider Christopher Columbus. Was he a revolutionary, intelligent navigator or a brutal, impulsive explorer? Consider Genghis Khan. Was he a geopolitical innovator for his time or a savage murderer and conqueror? Consider Abraham Lincoln. Was Honest Abe a strategic abolitionist who effectively led the U.S. to victory or an inconsistent, racist fraud?

Currently, we skate the fine line between justifying the horrific actions of our predecessors and overly attacking the actions of our past. While it’s easy to make a case for both sides of the argument, the simple truth mostly lies somewhere in between both extremes. What it takes to get there, though, is putting away the historical magnifying glass and beginning to cast everything against the greater scope of the world.

In recent years, there have been debates about Columbus Day and how Americans applaud the navigator despite his appalling treatment of indigenous people and go as far as to give Columbus his own federal holiday. Although new research proves that he did not, in fact, discover North America, his voyage and his contributions to society were still courageous. Additionally, in acknowledging his revolutionary ideas and noble deeds, one must also see in that same scope the utter destruction he brought to the indigenous peoples through his enslavement of them. Maybe from Columbus’s viewpoint, that was simply one of the costs that had to be paid to pave the way for discovery and greatness.

An idea that world history teacher Brad Anderson brought to light in one of his classes is the importance of simultaneously taking a deeper look into events while also remaining emotionally remote to see events amidst the big picture of the world. And also, beyond reading and analyzing history, seeing the broader perspective helps in many other areas and seasons of life.

With that knowledge of perception and perspective, how can we take the thoroughly tangled past and translate it into something to guide us to a more lucid future?

The one thing we can do as we put history more into perspective is learning from it to deviate from past mistakes made and analyzing the ways our current and future selves can approach local and world events. In honoring the past sacrifices and successes of both ourselves, the world, and our communities, we reach a greater level of understanding of the world we live in, innovating and learning far more than what the text actually reads by reading between the lines.