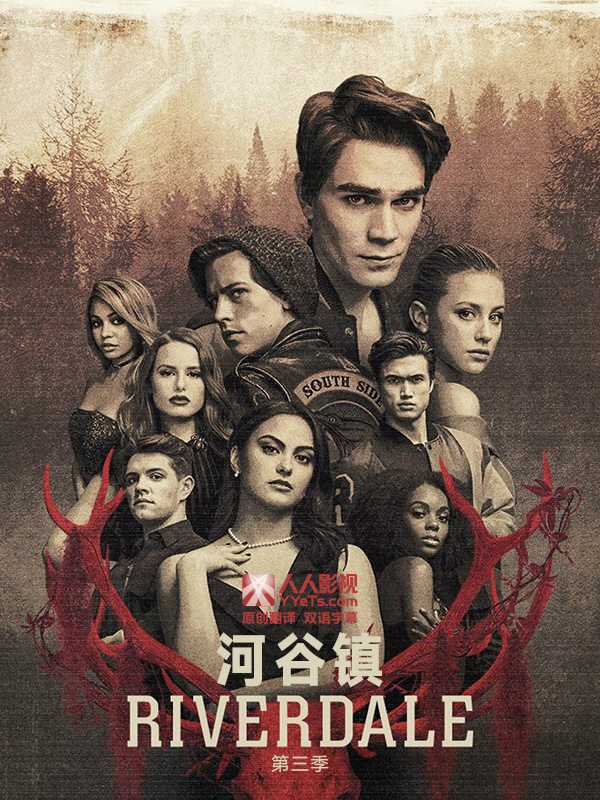 After two completely captivating seasons and the last scene of season two leaving me with the arrest of Archie Andrews, a worldwide heartache for viewers, I was beyond anxious for the return of Riverdale.

Yet, after six episodes, I have been left utterly disappointed with my ex-favorite show.

While the first two seasons focused on the crime of Jason Blossom’s killing and the mystery of the Black Hood murders, the third season seems to be bringing a more supernatural aspect to the town.

The season makes its return with a montage of summer scenes updating us on all of our favorites: Archie Andrews (KJ Apa), Veronica Lodge (Camila Mendes), Jughead Jones (Cole Sprouse), Betty Cooper (Lili Reinhart), and Cheryl Blossom (Madelaine Petsch). The opening created the perfect atmosphere for that classic Riverdale heartwarming feeling to reenter my body, beginning to enrapture me all over again.

Yet, as the show progressed, the problem which the entire season is wrapped around was presented: a game called Gryphons and Gargoyles. This game seems to be spreading through the town like a disease and affecting everyone. The death of Dilton Doiley (Daniel Yang/Major Curda) sparks the interest of Jughead and Betty, yet again introducing them to their detective sides. Throughout the next few episodes, the story that accompanies this game continues to grow, becoming, in fact, quite challenging to even follow, better yet even comprehend. The show introduces us to this “Gargoyle King” who resembles nothing even close to human, therefore initiating my supernatural perspective on the season. The events that characters were enveloped by within the game added to this unrealistic atmosphere the third season gives off.

The new season also reintroduces us to The Farm, which Betty’s sister attended in the previous seasons, yet this season jumps into the full depth of it rather than just mentioning it like the past seasons. Everything that surrounds this idea of The Farm gives off an annoyingly unrealistic vibe, consisting of things such as a levitating baby. Yes. A levitating baby. Over a fire. Followed by an unexplainable seizure that Betty experiences.

Honestly, the only aspects of the show keeping me watching are the love I have developed over the first two seasons for the characters, and the constant battle everyone is trying to fight with Hiram Lodge (Mark Consuelos) and the evil he participates in. The reign of Hiram Lodge and his wicked actions is the only genuinely realistic piece of the new season.

With an unattractive storyline accompanied by progressing confusion through each episode, season three is quickly spiraling right out of my interest. Lucky for the directors, their expert casting is still keeping me watching.

KJ Apa, who plays Archie Andrews, the flame-headed boy who continues to pull at all of our heartstrings over and over again, has grown even further into his character. He is more Archie than he has ever been before. His emotion is shot at us right through the screen as he suffers through his arrest and all the adversity that comes with it.

Cole Sprouse, another character who easily captivated our hearts, finds himself pushing his acting skills to the absolute brink while playing Jughead Jones. He plays not only the character, but also the narrator of the show, and in season three, his acting is all real. While having to participate in tough scenes with the unrealistic themes of season three, Sprouse fully indulges into his character, making the unreal seem more believable.

And of course, the actors portraying the challenging characters of Hiram Lodge, Veronica Lodge, and Betty Cooper continue to surprise me with their ability to allow the characters to completely come alive. Consuelos displays the evilness Hiram is, Reinhart constantly sticks with Betty’s determined attitude, and Mendes always carries the competitive nature of Veronica while she acts.

Even with my dislike of the new season, CW’s Riverdale still keeps me watching, purely because of my devotion to the show. I am still optimistic based on the previous seasons that in some surprising way, this season will take a turn for the best and my love for the show will rekindle itself. Yet, as of now, I remained disappointed with Season Three, and each episode continues to expand my confusion with the plot.

So, while I’m upset with you for now, Riverdale, we’ll see what plot twists you throw at me next Wednesday as I remain dedicated to cozying up in the corner of my couch and becoming absorbed in the stories you tell.