A Christmas Prince: The Royal Wedding fails to produce the most essential factor of a romance movie

I’ve harbored a not-so-secret obsession with romantic movies for as long as I can remember. Romantic books, too. This would lead you to believe that I live for a good old-fashioned cliche; however, the one cliche romantic bandwagon I’ve never seemed to be able to jump on is romantic Christmas movies.

And yet, around this time last year, I had rewatched my favorite (non-Christmas) romance movies for the fifth or sixth time and was looking for something new. Coincidentally, that need for fresh faces coincided with the arrival of A Christmas Prince on Netflix. Reluctantly, I gave in to my need for a romantic movie and let go of my intense dislike for cheesy Christmas films.

To my reluctant surprise, A Christmas Prince turned out to not be a total disappointment; in fact, I  remember rather liking it. That’s why when the sequel, A Christmas Prince: The Royal Wedding, was announced, I began anxiously awaiting its arrival.

It was scheduled to pop up in Netflix on November 30, and I excitedly made plans to watch it that night to usher in December and the Christmas season.

When the thirtieth had almost come to a close, I curled up on my bed and pressed play, only to have my eager anticipation met with almost disappointing results. I say “almost” because, for a Christmas romance movie, it wasn’t bad; however, I didn’t find it nearly as enchanting as the first installment. In fact, this new disappointment makes me wonder at the validity of my original opinion of the first movie. Maybe last year I was just so desperate for something fresh, my standards were just that low.

Whatever my feelings toward the first movie, the second was a blatant let-down. My most substantial complaint likely being the lack of chemistry between the co-stars Ben Lamb (Prince Richard) and Rose Mclver (Amber).

That faux pas is one you can’t afford to make in the romantic movie business, not if you want to be at all successful.

Richard and Amber’s interactions had a sort of forced air to them. They didn’t seem like a long distance couple that was finally getting married and going to live together. Another factor which added to that was a lack of character development individually. I believe this likely played a pivotal role in the lack of development with them as a couple. That underdeveloped relationship leaked into all of the other relationships in the movie, which otherwise would have been wonderfully executed.

Although the relationship between Richard and Amber lacked the flair and pizzaz I so love in my romance movies, I was still quite pleased with a few other aspects of the movie. A new character, Raj Bajaj (Sahil), added a comedic side to this movie which helped distract from the parts I didn’t like. Although he never necessarily made me laugh right out loud, he certainly added a much-needed layer to increase the depth of the movie slightly. 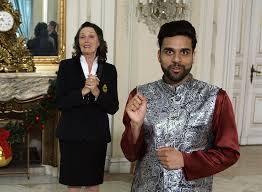 Similarly to the last movie, the shots were beautiful and well-done. The crew obviously stressed the use of the gorgeous setting, and it very much worked to their advantage. The beautiful castle where the royal family lived was homey and familiar from the last movie. While it seemed that a lot of the movie was shot there, they made sure to break it up with at least a few scenes with different settings. A personal favorite of mine took place inside the castle, in a room we were not made privy to in the last movie: the kitchen. This addition allowed for a new and enticing character as well as a new relationship and small side story.

I feel as if it were not for such side stories, the movie would have been a rather large dud. I found the stories of Richard’s little sister, Emily, and Amber’s dad to be the enticing taste that kept me watching. Their small plots seemed to have more depth and character than the main plot, which was greatly disappointing. There was so much obvious potential in the main plot, which is not something I often say to Christmas movies; however, I found it effectively wasted due to the aforementioned lack of chemistry. 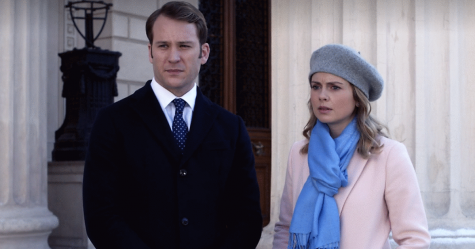 As my Netflix account continues to flood with Christmas love stories, I’ll continue to click past them. As A Christmas Prince: The Royal Wedding has shown me, not everything is perfect just because it’s Christmas.