Tiger’s Curse: A Series of Love, Fantasy, and History 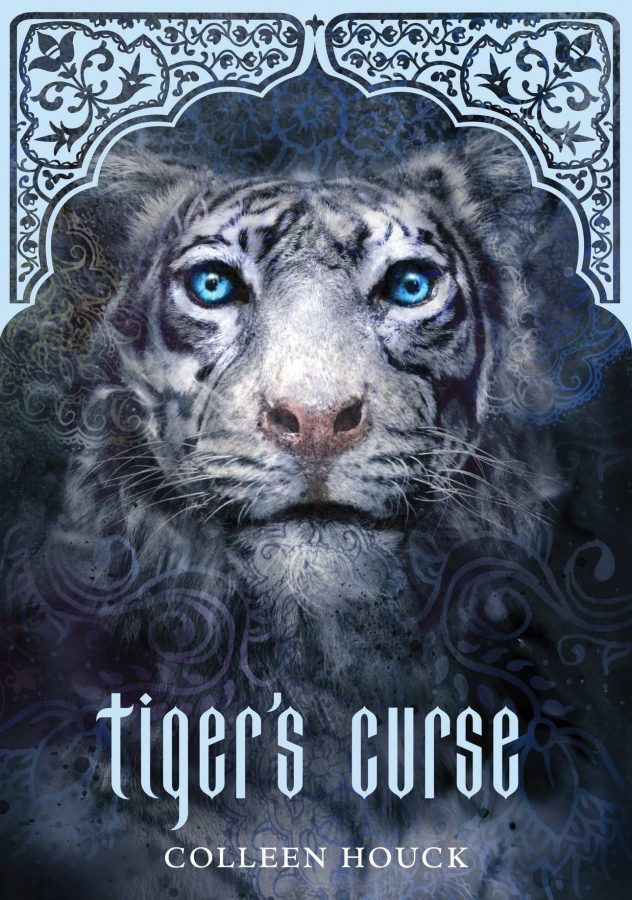 Kelsey Hayes is an eighteen year old girl from Oregon who has just graduated high school. Her life is very average, very boring, very normal. Like most teens, she’s hoping to spend her summer working and earning a decent amount of money so she can attend college in the fall. So when she is hired at a circus for two weeks to care for a tiger and dogs round the clock, she tries to resist her urge to groan. Animals aren’t necessarily her favorite thing, but since she has no other options, she takes the job.

During her first few days of work, she notices something different about one of the animals. From the moment she first meets Dhiren, a white Bengal tiger with cobalt blue eyes, she feels an instant connection with him. He’s a docile, beautiful cat, and appears to have almost human qualities. Kelsey begins spending nearly all her free time with her new animal friend, and becomes so close to him that she’s even able to pet the wild creature.

One day, she finds a business-like man standing outside Dhiren’s cage. After speaking with him briefly, she comes to find out that he wishes to buy her new furry friend from the circus and return him to India, where he’ll live at a tiger reserve. Kelsey is heartbroken until the man offers her the opportunity to accompany him back to India to ensure Dhiren’s safety during the journey as his caretaker. The young girl is overjoyed and hastily agrees. But once they arrive in India, while at a restaurant, the tiger escapes and their truck is stolen. Kelsey chases after Dhiren into the woods, only to discover a handsome man in his twenties standing in the exact spot her tiger friend had been moments before.

I’ll admit it: Tiger’s Curse, by Colleen Houck, sounds cheesy and corny. Trying to convince someone that one of my favorite series is a fantasy romance novel about a man who was cursed as a tiger for 300 years is a bit of a challenge. For one, it’s not really a book that one would expect me to read. My shelf consists of mostly science fiction and adventure, with the occasional romance mixed in here and there. So when a friend of mine insisted I read the first book, I was reluctant and expected a main character who was nothing more than a silly girl up to her neck in grotesque squeals and giggles, and practically tripped over herself with glee at the sight of the dreamy prince.

But from page one, when I saw just how normal Kelsey was, and how those kinds of girls bothered her as well, I was hooked. When I read that she was awkward around Ren after he revealed his true human form to her, I felt a connection to the story. Here was this simple girl from Oregon who wanted nothing more than a summer job and suddenly was caught up in a whirlwind of Indian princes, goddesses, and legends. And she didn’t faint at the sight of danger. She didn’t count on her newfound friends/bodyguards to save the day every time. She could handle herself, and that’s what sucked me in.

Another part of the story that caught my attention was the Indian culture and folklore. Here were little tidbits of information stuck between the pages about the way a whole different continent where people live and the different aspects of their life. From their religion, to their language, to their style of dress; here were pieces of their lives. And it was much more entertaining than any history book I’ve ever encountered. Tell me to read a nonfiction book about the past or other places in the world? I probably won’t enjoy it, and I’ll put off cracking it open until the very last moment. But hand me a fictional novel that tells a fantasy or realistic story while explaining history? It’s likely I’ll finish it in a very short amount of time, ranging from three days to just overnight. So to anyone looking for a new book, or simply a new way to discover more about the world-give Colleen Houck’s series a try. You’ll be surprised at what you can learn when you’re swept away to another world just by reading a few words on a page.