The Road Back to You: a painfully precise book that resolved my greatest existential question 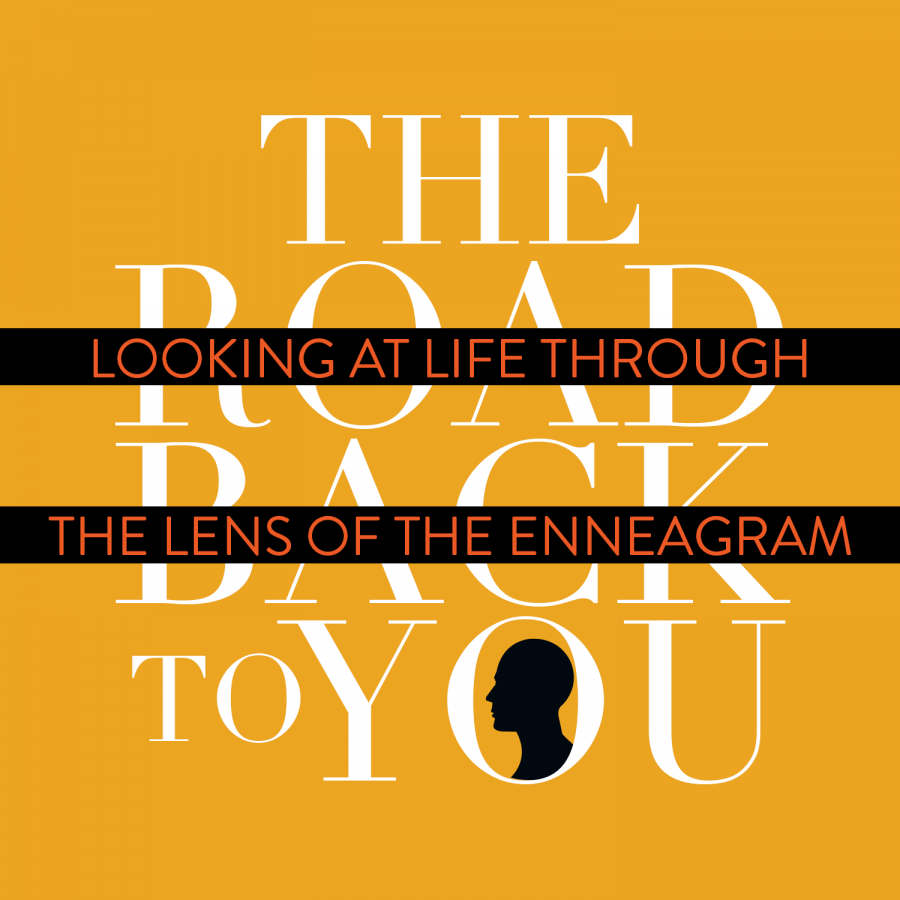 I have an existential crisis at least once a day.

More often than not, I am thinking about why I am the way that I am. Why didn’t I inherit the science genes that both my parents possess? I wonder as I struggle– seriously struggle– through my chemistry homework. Why do I always think with my gut and not my mind? I ponder as I impulsively cut my own hair, my stomach rather than my mind luring the craft scissors into my hand, and then rushing to the hair salon to get it professionally fixed. Why am I so sensitive? I ask myself as I debate whether what someone said was legitimately rude or I was just taking it too hard or too personal.

I’ve always had a slew of other people’s own visions of me running through my head. Because every single human in my life– close friend and mere acquaintance– sees me differently than the next, I have countless versions of myself running around in my mind. They clash, fall, and bump into each other constantly; it’s hard to find my true self in the midst of almost-identical Abbys. Nearing my 16th rotation around the sun, I wanted to see for myself who I really was– who the true me was in the midst of a thousand superficial selves.

That’s when I turned to a book to tell me who I am.

The Road Back to You: An Enneagram Journey to Self-Discovery by Ian Cron and Suzanne Stabile eliminated some of the “almost” versions of me and pointed me into the right direction of who I am and why I am that certain way. Nearing her 36th rotation around the sun, my mom also wanted to learn why she was her way. She ordered the self-discovery book online, initially wary because it was labeled as a “Christian literature” book, and similarly to how she wasn’t raised religiously, I was not as well, making both of us share a similar sense of skepticism.

With each turn of the information-packed page, our skepticism floated away, blowing in a sense of self-awareness that can only come from a book as introspective as The Road Back to You. Not nearly as religious or spiritual as we made it out to be, the book was a deep, psychological analysis of ourselves and our close family members. The first chapters of the book aren’t too heavy; they briefly explain what an enneagram actually is, which was a foreign term that neither my mom nor I had ever encountered. 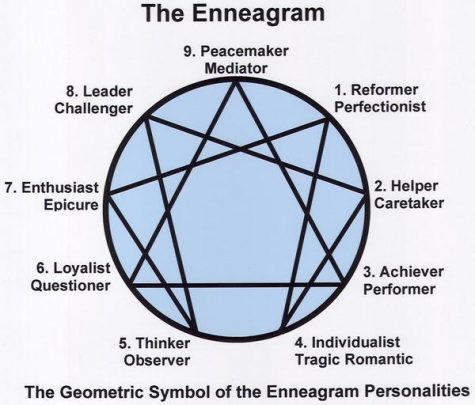 In short, every single human on Earth falls into a category, a number, that encompasses their personality. In the circular graph that is the Enneagram, the numbers one through nine are dispersed along the outside of the circle in numerical order. Each number represents one of the nine main personalities that each human supposedly gravitates towards. Each number has a distinct pair of lenses in which they view the world through. Each number has their own set of strengths and weaknesses; not one number is better or superior to another.

After the book briefly describes each number and the type of human that it would be, it seamlessly transitions into a more in-depth look at each number, thus adding a substantial amount of weight to the pages.

The Road Back to You is a book that doesn’t require every single word to be read, front to back, in order to understand. After the introduction, the book is split into the chapters that deeply describe each number. In order to more easily and efficiently find which number you gravitate towards, each labeled chapter has a ‘personality checklist’ at the beginning; twenty broad statements that could– or couldn’t– describe you and the way you view the world are listed with a tiny box alongside it.

As soon as I read the summary for the six personality type, it stuck out from the rest; I immediately hypothesized that I might be a six. Curious to see if my suspicion was correct, I jumped to the chapter that describes sixes and read the checklist that seemed to be pulling statements out of my mind at that very moment, continuing on to hesitantly read the chapter. I was hesitant because the checklist was already so scarily accurate; I didn’t want to read a whole chapter that seemed to be pulling from my very thoughts. I remember my mom reading aloud the twenty statements at the beginning and me gasping– actually, physically, sharply breathing in– at the accuracy of some of the statements.

By the end of the chapter, I had figured out who I was and why I am the way I am. Astonished, I realized that a book really did tell me who I am. I didn’t think it could do it, honestly; I didn’t think it could sweep away the slew of superficial selves skipping around in my head. I was able to pinpoint exactly why I’m so sensitive, amongst other things.

As a six, I am apparently a witty, perceptive, loyal, and warm person. Those are just the strengths, though; my more negative qualities as a six are anxious, hyper-vigilant, and pessimistic. Anyone who knows even one layer of me knows that those traits are extremely accurate. It was such an intense and, honestly, mind-boggling, experience to read such an accurate interpretation of who I was.

Not only did the book blatantly describe the inner workings of my brain and my thoughts, but I also got to read about the numbers of my parents and grandparents. We compared our checklists and the lenses we use to view the world, and all I have to say about that is I think I know too much.