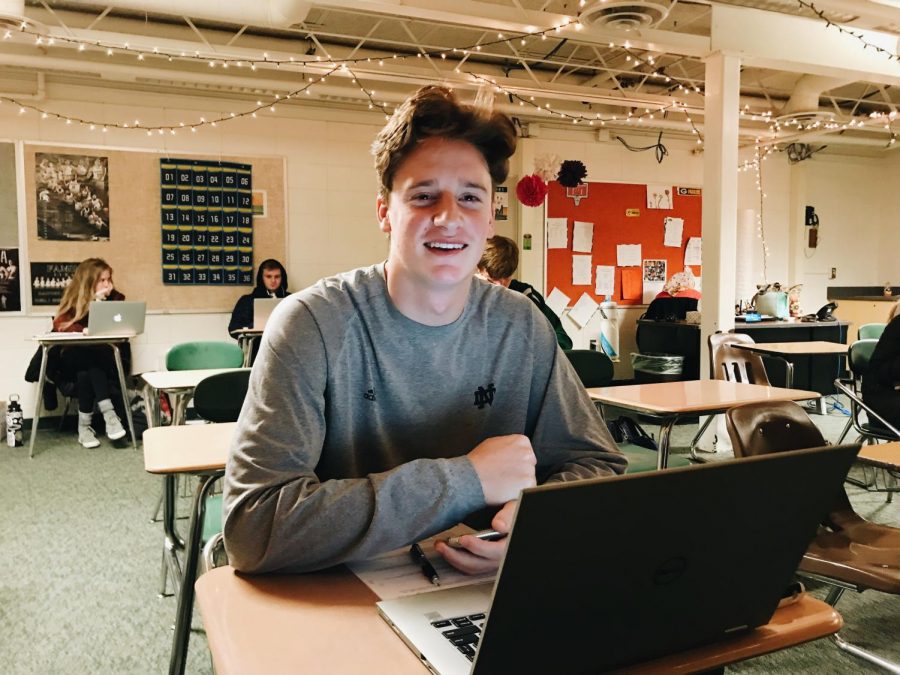 “I’ve been doing basketball since I was six years old, so [I’ve been doing it] for twelve years. It’s always just been crazy playing for a bunch of different teams: for school, for [Amateur Athletic Union]. I’ve just made a ton of memories playing basketball, and it’s always been a super fun thing that I love to do.

It’s easier [to transition from football to basketball] this year than last year. I had a month between [sports this year], but it’s been pretty fun so far and hasn’t been too difficult. It’s all not as hard as I expected it to be. I’m not going to be playing college basketball, but I’m just enjoying it and having fun, not worrying about [it] too much. I’m just trying to make it all memorable.

I think [the new coach] Carhart is carrying on [Coach George’s] traditions, so it’s not too different. I definitely like Carhart a lot, so it’s a good transition.”