The tale of a tower 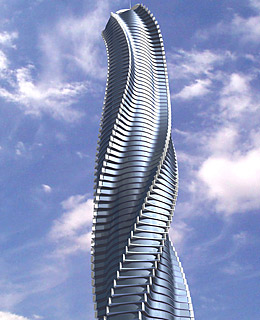 Many years ago, on a distinctive land composed of places from all over the globe, a tower was born.

Piece by piece, the foundation of the tower was laid, establishing the premise for what was to come.

The tower was built up by the people around it, each piece of glass bolstering it closer and closer to the moon and the stars. But the tower found it difficult to position its vehemence within the constraints of the glass shards.

Each sliver of glass pierced the tower and its zeal, but it learned to conquer.

Eventually, it came to terms with its distinctive anatomy, finding its strengths and flaws and learning to use them to help itself and those around it. The tower learned that each ingrained characteristic constituted a piece of its unique composition.

Everything began to come together for the tower as its visions and goals fused into its success. Those who loved it watched as the tower learned and grew; it struggled and grappled with itself, but at the end of day, the good inside always triumphed.

Just as a vision of the future and achievements of the past came into focus, everything began to come crashing down. Over a gradual period of time, everything that the tower knew and loved transformed into wicked vices.

The passions, love, and relationships that had built the tower up became the sole reasons for its collapse. Its years and years of living and thriving reached their pinnacle with a sluggish demise.

Over this exhausting period, a load with the weight of a black hole consistently pushed down on the foundation that was once thought to be so strong. These forces wrapped around the tower, pulling harder and harder, until all that was left was a skeleton of what once was.

Deviously, the forces grinned as the fruits of their efforts appeared in front of them in the form of the tower’s submission. Evil and defeat prevailed as the tower that once considered itself so strong was sucked in.

The passions that the tower worked towards and poured its life into were the very reason for its defeat. The despair inside it expanded until it was so large that the tower was cracking at its veins.

Piece by piece, the tower was destroyed, each component of its disposition crashing down into rubble. Eventually, nothing but a cloud of dust remained.

Broken and shattered, the tower contemplated rebuilding itself, praying that it might once again be able to reach the peak that it once strived so hard to attain.

With a heavy cloud of loss suffocating it, the tower tried to pick its pieces off the dusty ground to rebuild itself, but the intoxicatingly powerful defeat continued to prevail.