There is nothing inside 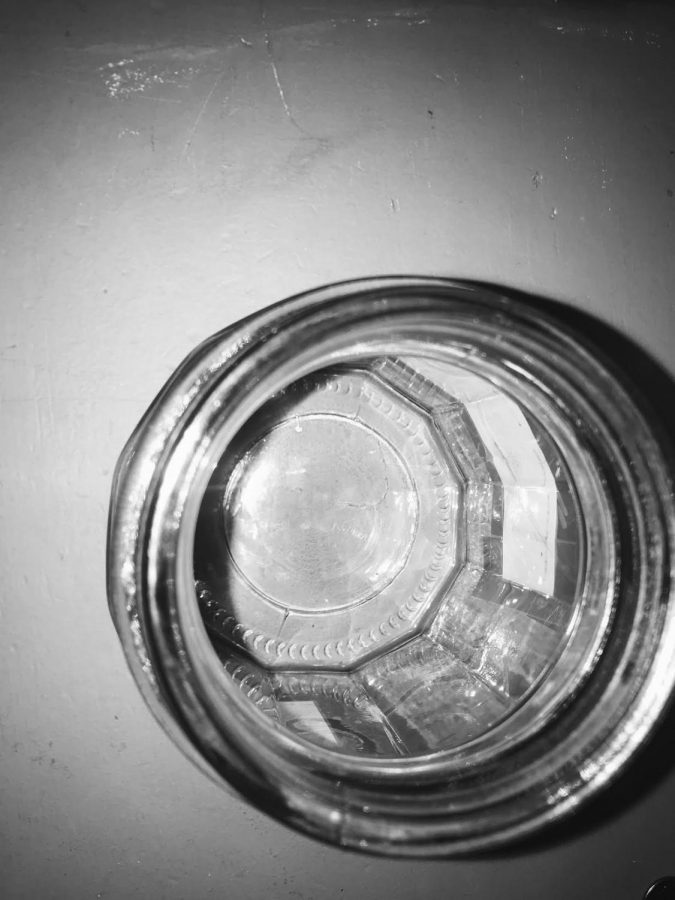 A singular light shone down from the slick room and landed upon the slate grey safe as if beckoning it to a higher power above. Standing on a tainted table, the safe seemingly had limbs—short but effective—sprouting from the bottom; they handled the deepening weight of what was inside.

Walls barricaded the safe into an unwarranted inspection. A locked door shut the safe in, and the door in its mind shut the others out. As the clock situated above monotonously clicked along, time dug its feet into the ground to halt the normal speed.

Everything passed in slow motion.

With each reverberation of the clock picking away at the time, the clock’s core components catered to the growing atmosphere of the room. Nerves danced along the dense, tense air whilst lingering along the edges of the safe.

Momentary anticipation climaxed as the door that faced the safe began to slide open.

All directions—even from the light above—seemingly turned towards the figures in the doors. A multitude of malevolent people, outlined by the harsh light beaming behind their backs, shuffled in through the entrance; after the final figure entered the room with smooth and eerie movements, the door slipped shut with a demanding groan.

The air as tense as before morphed into a thick fog as the figures brought a prying aura with them. Their eyes dug deep into the safe, digging holes in its metal walls and leaving it vulnerable to their hunger.

Every step the crowd of figures took shook the room to its very core. The door that once reassured the safe in its home away from the demanding door now locked it in a twisted fate that it never predicted.

Surrounding the safe, the figures dispersed from their crowd and spread around the tiny table of the safe; each one never developed features or attributes despite the light above, but their eyes slowly came into view of the safe. The safe’s very soul felt disturbed.

Instead of complete strangers that it had feared they were, their eyes were instantly placeable: they were its friends. Those ocean blue eyes were a common occurrence in its life, but something dark masked the ones it had once known. Forest brown eyes glared down at it, replacing its lifelong friend with a jaded monster.

These people who invaded its space, entered its home with malicious intent, were people it had known and loved. And with that realization, they seized the safe’s lock and attempted the unthinkable.

Unable to stop them, they cracked away at its codes and secrets while pursuing any imaginable combination of numbers just to peek inside. The dial was yanked left and right all while being twisted dozens and dozens of times. Time still moved gradually. The little hand appeared stuck, and the hours pulled the clock onwards.

A suffocating silence coated the room, and the safe discerned every second of it.

An almost imperceivable click sent shock waves to the safe and the figures; excitement washed over their beady eyes that were once woven with a corrupt goal. They cracked the code.

The door, aged with a lack of use, sighed in protest to the slow reveal of what resided behind it. Focusing their effort, the beam of the strangers’ eyesights ate away at the safe as they intimately analyzed what it had inside.

As they prodded at its very soul, the safe felt empty, destitute, and miserable, for it had no mask on, and its beloved friends had seen what it really had to offer.

And it had nothing; it had no personality, no claim to fame, and nothing to give to the ones it had once loved.

The safe was open for everyone to see, and I had disappointed them all.