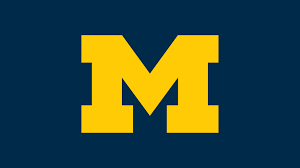 For many students, holiday break means relief. It’s quite literally a break from school, but also one from the stress, business, and intense rigor of school.

However, for a large percentage of seniors who apply to the University of Michigan, the holiday season comes with additional anxiety. Where does this anxiety stem from? The fact that the school’s decisions are sent out either during or right before the holiday break.

While the exact date of when students discover their Wolverine fate is not made public ahead of time, it is confirmed that all students will find out on the same day.

For those unaware, the “rolling basis” Bruns is referring to the process that some colleges in which high schoolers find out if they are accepted, deferred, or denied at varying times. This way of reviewing applications can create additional stress, especially among students from the same school who send in applications around the same time.

While this process is often contested, some students are very much in favor of everyone being informed on the same day.

“Having a single day that everyone finds out, compared to a rolling admission, gives all of us applicants a healthy community to stress with,” said an FHC senior who applied to the University of Michigan. “We’re all in the same boat and finding out at the same time.”

While most can agree that they prefer the process Michigan has adopted as to that of a rolling admissions process, the same can not be said for the time the decisions comes out.

“[Around winter break is] not ideal for the decisions to come out at this time,” said another FHC senior applying to Michigan . “It places a lot of new stress on the holiday season.”

Most students applying to the University of Michigan agree that traditional December cheer has the frightening possibility of being squandered by the condemning fate of a college decision.

“I don’t necessarily like [that the decision comes out] right near the holidays,” said the first student. “A deferral or denial would really put a damper on the holiday cheer.”

Though one might think that the timing of application approval (or disapproval) is seemingly malicious, the reason behind the timeline is actually the school’s way of being as quick and courteous as possible.

“This timeline is chosen simply because it is the soonest we can review all of the Early Action applications we receive in order to release decisions,” said Bruns, who specializes in applicants from Kent County. “Every student application undergoes multiple reviews, so it takes a long time to complete this process, especially when [the University of Michigan] received over 65,000 applications last year.”

Because this decision comes out as early as it possibly can, it provides applicants with ample time to seek other options.

“A lot of general applications don’t close until late January, so if you don’t get an answer that you like from Michigan, and you need to figure out more backups to apply to, you have plenty of time to do that,” the first student said. “That’s what I did to save on the cost of applying to other colleges. If I get in, sweet, I’m going there, and I didn’t spend $80 and time writing essays to get into another college I wouldn’t go to. If I don’t, I have time to apply to my second choice.”

While the timing of application notice is specific to the University of Michigan, there are some struggles that are common throughout the entirety of the college admissions process.

“For me, the most challenging part of the application process was trying to represent myself the best way I could through the essays,” said the second student. “It was hard to get in everything about yourself that can be represented in writing. I think it’s true of all applications that it’s impossible to get a human being into a neatly packaged application.”

Despite the pitfalls that come with the application process, the prospect of attending the University of Michigan is too attractive to bypass.

“The University of Michigan is undoubtedly the best school in the state, so I think that’s what draws a lot of people, myself included, to the school,” the second student said. “I also have several family members who attended the university and really grew up around it, so that’s another reason why I applied.”

This desire for a group of peers who yearn for a similar type of education was also shared by the first student.

“I love the community there,” noted the first student. “I know that a lot of the same type of people are attracted to going to the school, so everyone will get along.”

While Michigan’s timing may seem a little displeasing, the reality for most applicants is that it doesn’t matter. They just want a chance to call themselves a Wolverine and will accept any of the risks that come with applying.

“Michigan is one of the best schools in the world,” said the second student. “There are amazing academic opportunities in almost every field, and I think it’s a great place for any curious student looking to push themselves.”