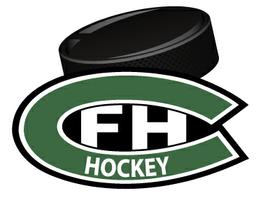 In game one of the weekend, the boys had a tough matchup and only put 1 goal on the board, while allowing only 1 goal themselves. Sophomore Mason Kelly scored his second goal of the season in this one as the lone scorer for the Rangers.

In game two on Saturday, the Rangers showed off their very strong offense again, beating their opponent 11-0. Scoring for FHC came from a majority of offensive players, starting with freshman Josh Smith. Along with Josh were sophomore Xavier Ott with 2 goals, senior Josh Koets with 2 goals, and senior Nathan Hartline with another goal. Senior Cole Ott also scored yet another goal for FHC. Rounding out the scoring were juniors Peter Bardelli with 2 and Cole Munger with 1, along with Mason who scored in both this game and the game against Farmington the night before. Freshman Jake Munger saw his first varsity start in this big game and senior Matthew Simonis came in during the second period at goalie with a solid performance to keep Southgate Anderson shut out.

With a tie and a win added to their record, the Rangers are now 6-1-1 on the season. The boys head into the middle of the season with strong momentum and look to keep it up in their upcoming matchup against East Kentwood at home this Friday.