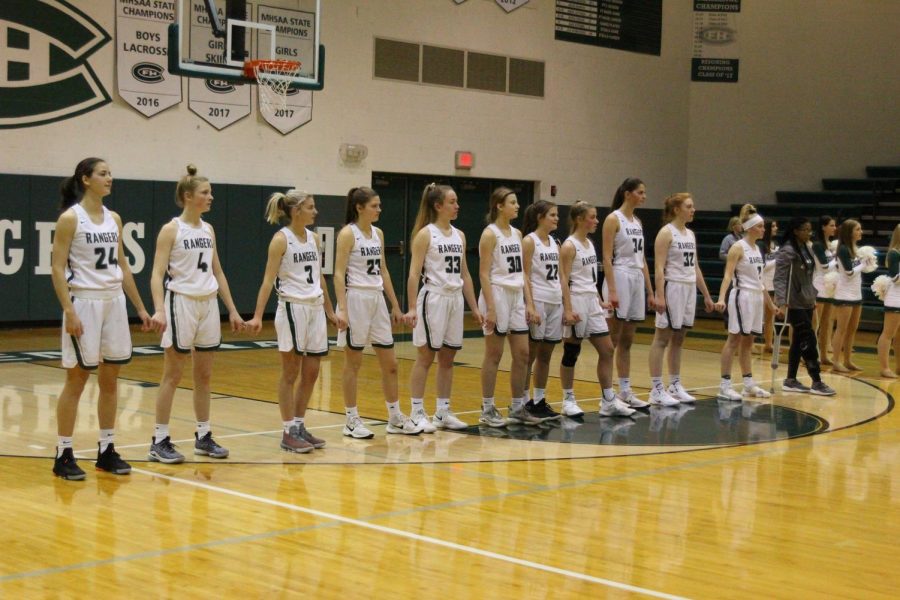 The girls varsity basketball team comes into tomorrow night’s game on a two-game win streak after dominant victories over Wyoming and Grandville. The 2-0 Rangers will take on the 0-1 Forest Hills Eastern Hawks in a cross-district rivalry game at home.

FHC went 2-0 against the Hawks last year in back-to-back games, as the Rangers drew FHE as an opponent in the Cornerstone Holiday Tournament. The first matchup was a tight one, as FHC won 47-40 for their first victory of the season last year. The Lady Rangers were led by senior Claire Baguley with 18 points in that game, as well as critical made free throws down the stretch by 2018 graduate Emma Yoder.

In the second matchup of last season – just over a week after the first – the Rangers looked like a completely different team, as FHC had a comfortable lead for most of the game and won 48-36. Juniors Ally Ringler and Brittney Probst had considerable playing time in this matchup, as well as Claire once again leading the scoring with 18.

Eastern is fresh off a tough loss to Forest Hills Northern last week, 71-37. In a heavy rebuilding year for the Hawks, a bright spot is senior shooting guard Ryan Harvey. This very talented shooter is lethal from behind the arc, as she averaged 15 points a game last season. Ryan will be the main threat that FHC will have to shut down.

The Lady Rangers will aim to start the game fast-paced, as they have in their previous games this season. High-scoring starters Claire, Ally, and freshmen Theryn Hallock and Remmie Ingraham will look to establish a comfortable lead early on in order to bring some players off the bench in for some valuable minutes.

If the Rangers can continue to run a high-scoring offense while shutting down the Hawks’ leading scorer, look for FHC to walk away with a big win tomorrow night and sit at 3-0 on the early season.