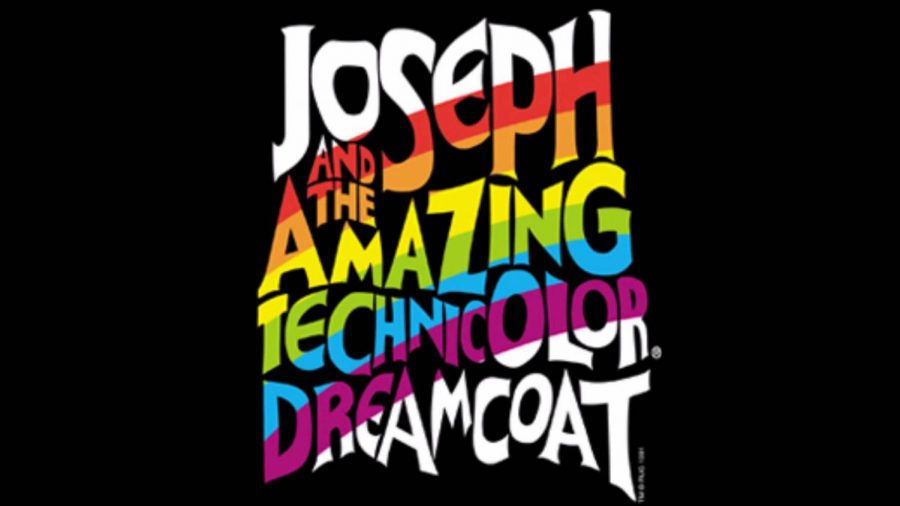 A chorus of people nervously biting their nails harmonizes with the sound of people practicing musical audition solos that echo through the halls. Joseph wannabes line the hallways, hyping themselves up for their impending audition for FHC’s spring musical Joseph and the Amazing Technicolor Dreamcoat.

While nerves and anxiety are running high amidst the halls, only a couple hundred feet over is a nearly barren stage occupied by one person, a person who emanates a confidence that fills the empty silence: senior Ashlyn Fitch, cast as the Narrator.

“I felt ready to go,” Ashlyn said about her audition for the spring musical. “I had worked on everything for a while, so I was ready for it when it came up.”

Even though she exuded certainty and charm, Ashlyn still felt the internal performance pressure that is inherent to the theater and is especially imminent for upperclassmen who continually have fewer chances to be in shows.

“I think it’s always stressful,” Ashlyn said, “just because you want to do your best, and especially with senior year, this is the last chance. You want to make sure that you’re being the best that you can be.”

Aside from the singing portion of the auditions, there is also a dancing portion– taught by senior and dance captain Sutton Steensma– that proved to be difficult for most. To accomplish it, however, people had to conquer the mental aspect, practicing it until they had it down pat.

“At first, I think [the audition dance] was a little overwhelming because you have to learn it really quickly, but Sutton is really good at teaching it,” Ashlyn said. “We had a lot of time to work on it, and then, by the end, we were all feeling way better about it.”

Rewarded by their hard work and prose, several people are “called back” to be reassessed for a possibly higher tier role in the musical. The second day of auditioning — callbacks — while containing the same elements of the first day, were a whole different story than the first day, proving to be more intimate.

“It was so stressful,” Ashlyn said excitedly. “There were so many talented people in one room. I didn’t feel like it was competitive at all; everyone was really supporting one another and wanting the best for everyone. It was great to watch all that everyone could do.”

Callbacks were the culmination of people’s months, weeks, and days of preparation, for both auditionees and for directors. Despite being on the opposite end of callbacks, senior and student director Hannah Derwent had a similar perspective on callbacks as she uniquely connected to the music and the people.

“Callbacks are always so exciting as it’s the first time you get to hear people sing for a role,” Hannah said. “I love hearing the music come off the page for the first time and listening to the different interpretations from the auditionees.”

Because she’s on the judging side of the auditioning, Hannah and the other directors must be analytical, always needing to determine and narrow down the who’s who list to ensure that the cast will be absolutely excellent.

“When we do auditions, we’re listening [during the vocal portion] and watching [during the dance portion] for people who might fit our vision of the roles we need to cast,” Hannah said. “Then we whittle down the group until we’ve got maybe five people we want to hear sing for it. That’s who we callback.”

The process of fine-tuning and choosing is an art to master, but in order to hone that skill, student directors and their assistants must have a calculating mind and an organized outlook. Without those aspects, some aspects of theater–like auditions and callbacks– would fall into disarray.

Ashlyn noted the extremely organized manner in which they do things, admiring that and how it made her experience, along with everyone else’s, much better.

“[Hannah and Sarah] are always super well organized,” Ashlyn said. “They just put so much time and effort into making sure everything is ready for all of us to go so that auditions and callbacks can be registered quickly. They’re so organized and so nice, and I’m always so impressed with how they handle all of it.”

Hannah and Sarah’s gift of organization and care was repaid in kind with a diverse and exceptional turn out for auditions. What impressed Hannah most about the auditions was the energy and talent that was brought to the stage by over 60 auditionees.

“We had a lot of incredibly talented people audition this year with a lot of really good song choices to match their vocal abilities,” Hannah said. “I was also impressed with the variety of people, a lot of whom I wouldn’t have guessed they’d try out. I was really ecstatic about it.”

Among the many new faces to the theater was senior Noah Stout who was cast as a brother (Naphtali). For him, his experience of auditions and the casting was slightly different than that of one of the more seasoned theater kids.

In exploring this new aspect of FHC, he gained new insight into who and what goes into theater, as well as bonding with everyone at auditions.

“There’s a big mix between students who’ve been doing theater for the last four years of high school and kids like me where this is there first time doing theater at all,” Noah said. “A lot of those kids, I’m still friends with them anyway, but that blend and getting to know new people is exciting.”

Because of his inexperience with theater, Noah strayed greatly from the “typical” audition performance that the directors usually see. His performance was especially unique because he sang more of an obscure song by the Red Hot Chili Peppers, a group whose sound greatly differs from that of musicals and other theatrical productions.

“I didn’t really know that [picking musical songs for auditions] was the thing to do, so I just sang my 90s alternative, grunge-band song,” Noah said with a laugh. “I was nervous at first, but when I stood up there and said what song I was singing, it was reassuring to see that both [director Robbin] Demeester and [choreographer Kyle Black] were like ‘yes!’ They were excited to see that someone was doing something different. It was totally obvious that I was a musical noob.”

For Noah, his atypical performance was just a sneak peek of the atypical upcoming show. Experiences like that one while simply be one of many encouraging moments throughout the musical.

Despite the uniqueness of his situation, the setting and feel of it for Noah was almost exactly what he imagined they would be like. Even with it being his first year of theater, Noah has already started to feel the “theater magic,” and it’s only just the beginning.

“It was pretty stereotypical musical auditions where you stand up on the stage under the spotlight, and [the directors are] like ‘what’s your name’ and ‘what are you singing,’” Noah said. “It wasn’t too surprising, and when you’re in the moment, you forget about that stuff and just do it.”

His confidence and that of others in the cast as well will be key to their success in the upcoming show. But while it’s only just the beginning for the show Joseph and The Amazing Technicolor Dreamcoat, it is the start of an end for seniors like Ashlyn Fitch who’ve dedicated so many years to FHC Theatre.

“I think FHC Theatre is so special just because of the family it creates and all the fun things that we do with it,” Ashlyn said. “It’s definitely bittersweet; I couldn’t be more excited to be doing this show. There are a lot of fun things like being a senior and in the musical but it’s also sad to be doing my ‘lasts.’”

As another theater enthusiast, Hannah also felt the sadness of it being their last show, reminiscing on her experiences over the last three years that she’s been involved as she goes into her fourth year.

“I was really proud of the seniors,” Hannah said. “I remember watching them as freshmen, and seeing how much they’ve grown since then is really stunning. Hearing them all sing for their last audition really connected with me, and they all stood out in their own special way.”

Despite bittersweet acknowledgment that this is their last year with FHC Theatre, auditions and callbacks showed her that she can rest easy knowing that the fate of the program will be in good hands. Every grade has contributed to the program, but the freshman class, especially, show great promise.

“I was really impressed with the freshman class this year,” Hannah said. “They came in with their ‘A’ game and showed a promising future for FHC Theatre.”

The show, in all of its uniqueness and potential, will be one for the books. Beyond just incorporating the performances of high school students, the show will also showcase the talents young thespians in the community with Joseph Kids Choir program.

In every sense, Joseph and the Amazing Technicolor Dreamcoat is a great opportunity for community and connection, and like many others, Ashlyn is grateful for all that this show has offered her and FHC.

“It makes me very grateful because I just feel like there are so many talented people,” Ashlyn said. “I just feel so lucky to be the one to get the role. This is going to introduce a new type of theater to FHC that most people have never seen so I’m excited for them to see that.”