Sushi Market at the Downtown Market serves the perfect sushi 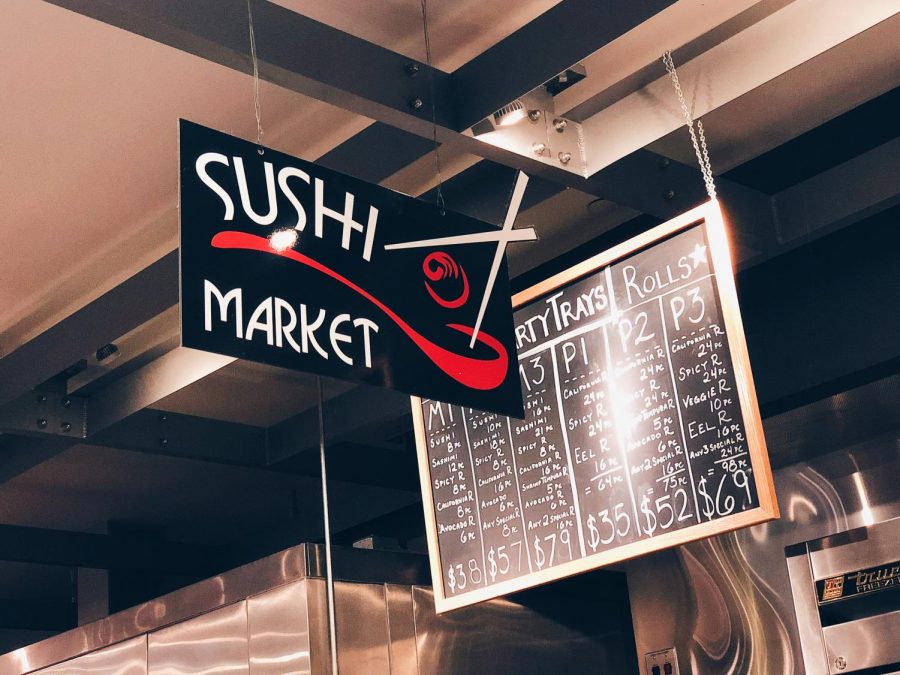 Walking into the Downtown Market is a breath of fresh air. The environment is so unlike anywhere else in Grand Rapids. From the variety of food stands to the greenhouse upstairs, I am always pleasantly surprised with the way the market presents itself in my eyes. There are plants all over, strings of lights, and many interactive events that take place inside. For those who have not gone, I would recommend going to the Downtown Market no matter what you are in the mood for: coffee, Thai, ice cream, pastries, pizza, or sushi. 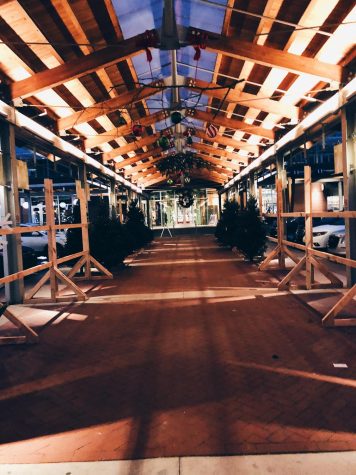 Yesterday, I found myself at a place I have not yet tried, despite my many visits: Sushi Market. The menu was smaller than I expected, but that notion of mine should have been more thoroughly thought out considering Sushi Market is just a small stand amongst many other food stands. I’m not the biggest fan of raw fish, so I shot for the classic, American choice: the California roll. 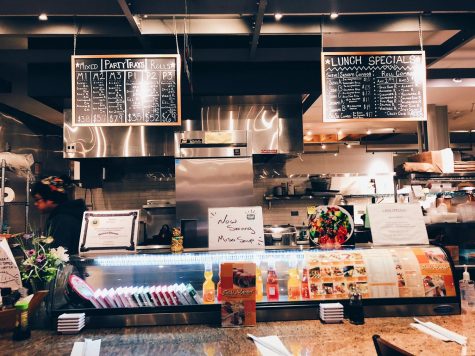 It took almost no time at all for the workers to assemble my meal, and it was all done right in front of me. The sushi was placed in the stereotypical sushi carton box with the plastic, black bottom and clear, plastic top. The total of my singular California roll was five dollars and thirty cents, which to me seems pretty average compared to other restaurants. There was countertop seating at Sushi Market, but I decided to take the sushi to go and sit at the tables upstairs.

The presentation was average. If an outside perspective took one glance at my meal, they could mistake it for Forest Hills Foods sushi. Nothing special. 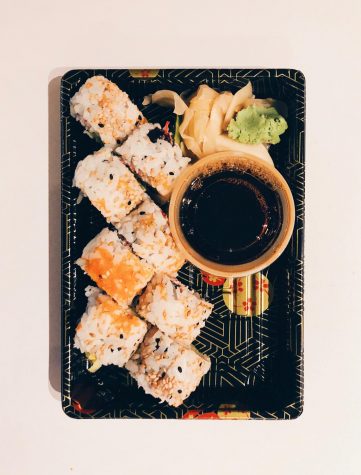 I opened the carton and took my first bite. There were eight pieces that comprised my California roll. Each had cucumber, crab meat, and avocado, all rolled in white rice with shredded carrots on top.

In the past, I would have claimed Maru sushi in East Town was my favorite, but now I have a different opinion.

In conclusion, I would say I will definitely be going back. The sushi was filling, fresh, and flavorful. I would recommend this to anyone who enjoys sushi or anyone that would like to try sushi.