Charlie Pynnonen builds a life around his love for engineering 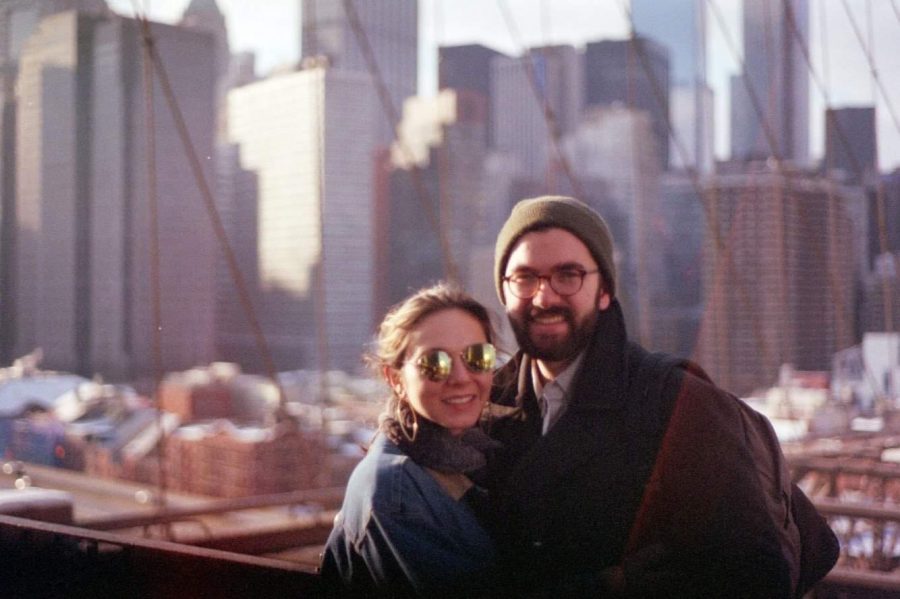 Charlie Pynnonen is a prime example that the risk is worth the reward when it comes to pursuing what you want in life.

This past summer, after a year of working in a job that didn’t line up with what Charlie wanted in life, he made the decision to move to New York City. No new job awaited him. All he knew was that there was something else out there for him.

“When I moved to Pennsylvania right after graduating [MSU], I lost the community I had back in East Lansing and took on a job that didn’t quite fit what I wanted in life,” Charlie said. “This past summer, I took a huge leap and moved to New York City without a job and searched and searched until I finally landed a position doing 3D computer modeling and design, which is something I love.”

This 3D computer modeling and design job is with a German baking technology company that designs technology for both large and small-scale commercial bakeries.

“The camera and computer equipment that I design can recognize all different types of food and automates the entire baking process,” Charlie said. “I have some other exciting projects I’m working on with large food chains, but I’ve signed an NDA and can’t really talk about them.”

The interest in engineering may have begun at a young age, but his curiosity in the world of 3D printing was born while he was at MSU.

“In college, I was exposed to 3D CAD modeling and was totally hooked,” Charlie said. “The whole process of visualizing something from my imagination and bringing it to life on the computer screen or in a machine shop is incredibly exciting to me. It reminds me of the thrill I’d get from building things out of Legos when I was a kid. At my current job, I get to use that same software to design special cameras and sensors and play around with state-of-the-art 3D printing technology. I’m very happy to report that, most days, it doesn’t feel like work.”

As a high schooler, Charlie would never have imagined himself where he is now. A continuity between younger people fresh out into the real world is that they’re experiencing life in ways they never expected, and Charlie is no exception.

However, he has always been sure of his desire to go into engineering.

“While I had been determined to be an engineer since I was young,” Charlie said, “I never would have imagined living in Brooklyn as a high schooler. I will always love Michigan, but as I got older, I started to develop an itch to throw myself somewhere totally new and different.”

It’s that “itch” that drives Charlie. He has a plethora of things he wants to do with his love for engineering that he can barely decide what to pursue first.

“I have so many different industries I’m interested in,” Charlie said. “I have no idea which one I’ll be pursuing five years from now. Ultimately, I’d like [to] be helping people or the planet with the things I design and live in a city somewhere.”

This has been another major part of this generation; many feel a deep desire to make the world they live in a better place and increase the quality of life for everyone who shares this planet.

For some, this is achieved in the little deeds you can do every day. For those blessed with a love for things like engineering, they can make the world a better place in larger ways.

“It may sound cliche,” Charlie said, “but I want to design things that help people. I’m a ways off before making another career switch. I’m still recovering all the savings I had to use up during my last one, but I’m interested in things like water purification and clean energy.”