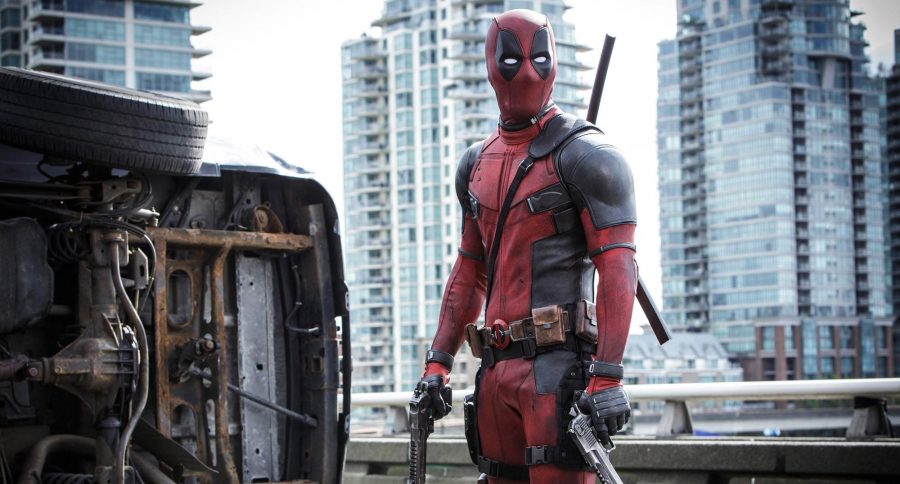 When I tell you Deadpool is the movie that we, or at least I, have been waiting for, I’m not kidding. Quite honestly, I didn’t expect to find myself sitting in a theatre on Valentine’s Day watching that movie, but when my plans to see one of the romance movies fell through, I was surprisingly glad. Ryan Reynolds, who has played a few failed superhero characters himself, does an excellent job as he portrays the witty, trigger-happy Wade Wilson, or Deadpool to most. From the opening credits, we become well aware that they aren’t holding anything back as they poke fun at the Marvel world and all of its overdone cliches.

The movie, while it may have some of the main components of the superhero movie formula we’ve seen in past movies from Marvel producers, spins the plot into something charming and humorous, despite the aggressive violence throughout the movie. While many may be turned away by the somewhat gory scenes, Reynold’s quips (even while he’s fighting) take the horror factor out of the equation easily while still including the action.

Another thing that changed the movie (for the better, to my surprise) was that Deadpool, after being promised a cancer-free life with his stripper beau Vanessa, has his body flayed by evil scientists in order to gain his immortality. Sacrificing Reynold’s handsome face ended up being for the better as it gave his character depth and a fatal flaw more powerful than kryptonite; to win back Vanessa, he attempts to track down the evil doctor that mangled his face, Ajax. This may be a selfish goal, but as Deadpool proclaims at the beginning of the movie, whether he’s a hero is still up for debate.

Although Deadpool has a dark sense of humor about him, in his world of chaos he acts like a vengeful kid that has been given superpowers. The role was truly made for Reynolds, and the character’s attitude is unlike any previous superheroes. Deadpool’s uniqueness is something to be admired, and while his joke’s may be over the top occasionally, they never fail to draw laughs from the audience. Deadpool’s self-deprecating jokes and his misfortune is the kind of realness that audiences have been awaiting for a very, very long time.

The “R” rating also may cause audiences to veer from buying tickets; how could a Marvel movie possibly make an inappropriate superhero? Despite all odds, this movie, which was not supposed to begin production until Comic Con fans fell in love with a video shown with Reynolds portraying Deadpool, continues to rise at the box office and for good reason. If you’re not old enough to see it in theatres, I suggest sneaking in or watching it once it’s for sale. It was chaotic, it was hilarious, it was godless, and above all, it was different.

The wit that never abandons Deadpool when all else does would almost be inspirational if it wasn’t while he was slicing up Ajax’s henchmen in the name of revenge. This is one movie that varies from superhero movies nowadays that seem to leave no impression and barely delineate from the money-making formula. I’ve been waiting for a movie that I can honestly say surprised me from what my expectations were, and this one finally fulfilled my wish.