Dynasty season two surpasses all expectations set by season one 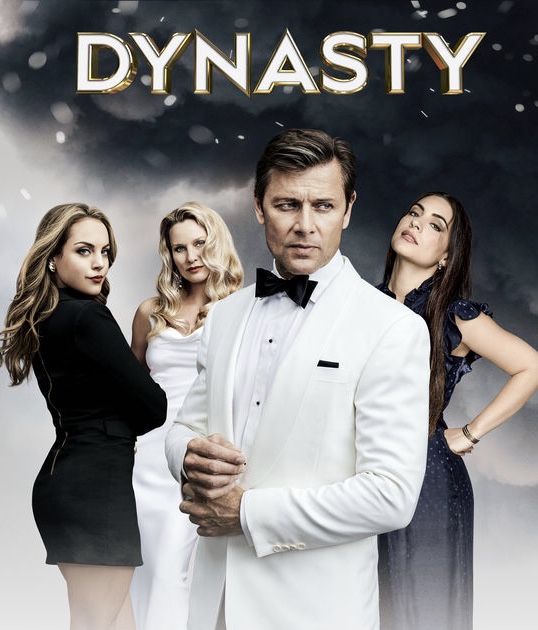 There’s one thing we all hate and love at the same time: drama. It’s a pain if you’re involved in it but addicting when you are watching it, and Dynasty on the CW takes complete advantage of this addiction.

Revolving around the story of a booming business and a rich family, and based off of the 1980s primetime soap opera Dynasty, the first season kept me hooked throughout each episode. Every scene was full of a new dose of drama, and I am one-hundred percent guilty; I ate it all up.

As the first season came to a close, watchers were left with a cliffhanger that would consistently nag at our minds until the release of the second season: the Carrington barn was on fire with the whole family inside and someone had been shot. Therefore, you can imagine my thrill when I heard the show was finally back.

The second season opened with updates on all of the main characters: Fallon Carrington (Elizabeth Gillies), Michael Culhane (Robert Christopher Riley), Blake Carrington (Grant Show), Steven Carrington (James Mackay), Sam Flores (Rafael de la Fuente), Alexis Carrington (Nicollette Sheridan), and Anders (Alan Dale). It has been a month since the fire, and while I was filled with relief that most of the family made their way out of the burning barn, I was somewhat surprised that Cristal Carrington (Nathalie Kelley) had actually died. Yet as one Cristal left, another one came right back in. Cristal Jennings (Ana Brenda Contreras) is introduced as a friend of Cristal Carrington, Blake’s second wife who he lost in the fire, yet the story with the new Cristal continues to weave itself through the rest of the new season.

While the first season was centered mostly on the Carrington business, Carrington Atlantic, the second season wraps itself in all new detail and scandal of each character’s personal life, and let me tell you, there are gallons of scandal in the current season. From the fake marriage between Fallon and a business partner, to the secret business Calhane has to partake in, to the introduction of the new Cristal, the directors surely packed this season full of shocking scenes to keep me on the edge of my seat and always wanting more.

The show takes the lives of a rich family and dives head first into building mountains of drama for each character. The curiosity and craving I had for the show last season was nothing even close to the grasp season two now has on me. No matter how certain you are of something, the next scene will always contain an unpredictable plot twist that will throw you off and constantly leave you flabbergasted.

Bringing back my childhood memories of the show Victorious, Dynasty features one of the same lead actors, Elizabeth Gillies. Yet, rather than being a singer attending a school for the arts, Gillies took on a whole new role, portraying the determined, drama-full character of Fallon Carrington. In the show, Fallon doesn’t follow along with the lines of your average, rich, daddy’s-girl character; she is completely her own person and makes it very apparent she can do things on her own. Yet, she never fails to fill each episode with rude humor and beyond sarcastic comments. Gillies acting is spot on for the character she is playing.

Honestly, each character has some type of humor embedded in their personality, and each member of the cast does an exceptional job portraying the exact way I would expect the characters to act. Blake Carrington (Grant Show) remains serious but constantly controlled by love, Sam Flores (Rafael de la Fuente) sticks with his amusing and entertaining humor, Alexis Carrington (Nicollette Sheridan) continues with her audacious, yet equally funny personality, and Michael Culhane (Robert Christopher Riley) and his affection for Fallon persistently captures our hearts. The actors remain enraptured by their characters, making their character and them one of the same.

The show does a brilliant job at using humor, emotion, seriousness, and love and tossing it all together in a perfect way to keep the audience enthralled. I never catch myself escaping the world the show has dragged me into; I always remain with my eyes attached to the screen, never a hint of boredom tugging at the corner of my mind.

Already being better than the last, the second and current season of Dynasty exceeded all my expectations and even managed to pull me even deeper into the show.

Like I said before, we hate the drama, but we love it and we live for it. And, if there is one thing the new season of Dynasty contains, it’s rich, unforeseen drama.