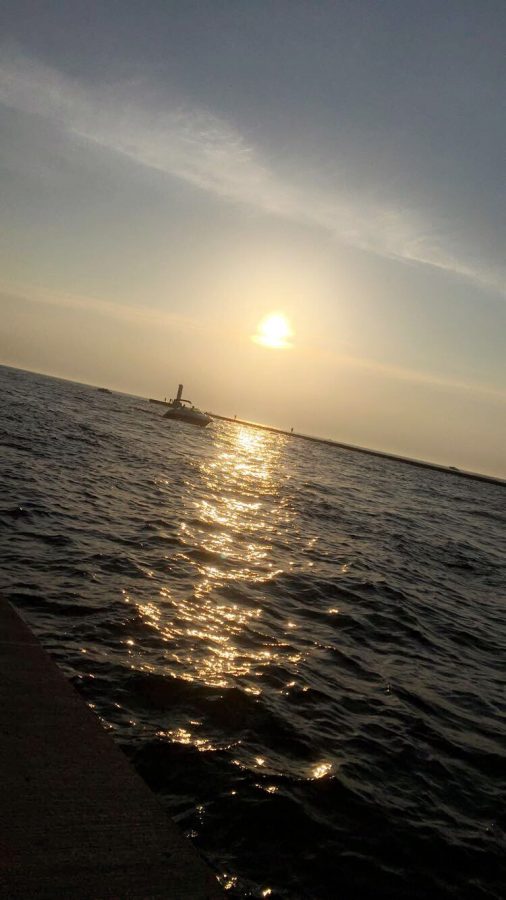 While attempting to interpret what 2018 truly brought me, one word consistently stood out compared to the multitude of others that happened to clutter my thoughts. This word proved to have defined the past 365 days more than others; whenever I considered what 2018 meant to me, this singular word screamed its obviousness and encouraged me to acknowledge it.

That word is friendship.

At the start of 2018, I was halfway through my freshman year of high school. I maintained a perfect GPA throughout first semester, and I was rarely bombarded with homework to complete overnight. I was in the midst of the varsity dance team competition season and received Grand Champion with the team at the St. Johns competition in late January. However, I truly felt as if I was simply completing the motions commonly associated with freshman year. Select friendships at the time were fabricated; I began to realize that those whom I considered my best friends were clearly not. However, due to the circumstances, I began to befriend the peers whom I spent five days of the week with in class; I am able to genuinely refer to a couple as my best friends now.

Likewise, my title was still “the new kid” for the entire beginning half of 2018. I consistently struggled to match the faces of my peers to their coordinating names. Meanwhile, I rarely indulged in the various activities available each weekend, besides basketball and hockey games—and I was required to attend every home basketball game. I was a fifteen-year-old who simply desired to survive each day as unnoticed as possible; I strove to remain as concealed as a caterpillar within its comforting cocoon.

However, when summer approached and my freshman year of high school concluded, my attitude towards 2018 began to positively shift. Although my summer consisted of bounteous dance team practices and studio dance conditioning, I was still fortunate enough to embark on various trips to beaches and received a generous tan. Likewise, I was truly able to develop deeper friendships with the people whom I spent the majority of my summer with; meanwhile, I befriended friends of friends and was amicably granted the opportunity to further expand my horizons in Forest Hills. I genuinely enjoyed summer and the complete joy that experiencing life as a high schooler brought.

I am forever grateful for the late-night conversations and successful days spent tanning at the beach; I acquired meaningful information about my friends’ personal lives, who just months before, I only briefly chatted with between passing periods at FHC. Likewise, the relationships I developed with my now best friends allowed us to commence sophomore year together; those select, special girls aided in decreasing my anxiety regarding returning back to school. They were whom I chose to cheer on the football team with during the boiling Friday night football games in late August. “Mom Squad” was eventually initiated and carried to the conclusion of the football season through the memories created during those enjoyable, lighthearted nights.

Therefore, as I prepare to lose another year of my life to time’s definite characteristic of never ceasing, I cannot refrain from reminiscing on the myriad of things I have gained throughout the past year.

First, I am utterly astounded regarding the transformation I experienced throughout the year; my happiness and personal characteristics were altered for the better. I realized that compromising allowed me to diminish conflict; I learned that admitting my wrongs and justifiably wanting to change made me. I discovered that bottling up my emotions solved practically nothing and confessing how I truly felt earlier benefitted what could have resulted in strained relationships. Likewise, I experienced friendships where I did not feel prioritized, and I admire my own decisions to not tolerate them. However, fortunately, I did experience friendships I now cannot fathom survival without; I once managed without these select friends, but now, my days without them would simply be as dreary as the skies that define annual Michigan winters.

Likewise, I truly believe that everything happens for a reason, and I am entirely thankful that 2018 brought me the friendships that it did and is taking with its departure the friendships that broke during it. I have written numerous times in various essays and personal responses that the lesson of having faith in the process of life is dire to my own; that still remained accurate in 2018. Whether my own belief in something better awaiting my future to mend into my present allows me to cope with conflict or not, I have currently found satisfaction regarding where I am, who my friends are, and where I desire to go.

Lastly, I am thankful that I spend each weekend with my hilarious group of friends—a group that was initiated this school year. I am extremely grateful that a simple occurrence such as being in a homecoming group has morphed into multiple friendships; these important friendships have all truly defined the three concluding months of 2018 for me. My weekends are consistently filled with laughter from this group, and I constantly look forward to what the components of the next weekend with them will be. Although friend groups morph throughout high school, I can genuinely say that I hope that this group remains stable for the next two years—and further.

Overall, 2018 brought me impactful friendships and lessons involving self-improvement. It advised me to respect myself in order to respect others, and I cannot wait for the experiences and lessons that the new year will bring me.