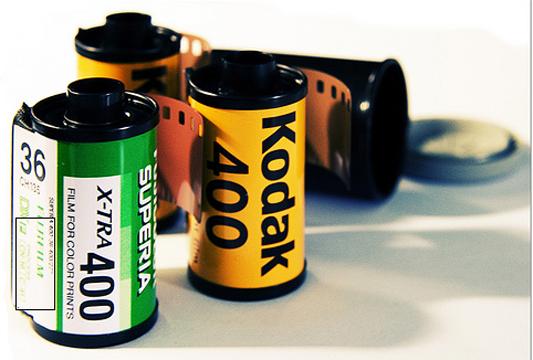 What 35mm Film Taught Me

The society that we live in seemingly consists of buying the newest things, the best things, and the flashiest things. Everyone is always scrambling to buy the new iPhone or MacBook, or maybe they’ve decided it’s time to buy one of those 2 wheeled “hoverboards”. To many people, it’s a crime to have an older model of something, because apparently the only way they’ll be happy is if they have the newest version. I admit I’ve constantly fallen victim to this- I often feel impaired in a way when I don’t have the latest and greatest. I know that I should be happy with what I have, but I’m still yearning for what is deemed the best. To combat this, I decided to challenge myself and put away my digital camera for a week. Instead, I pulled out the film SLR camera I was borrowing from my aunt, and loaded it up with 35mm film.

I set a goal for myself: I’d shoot a roll of film every day for 5 days in a row. Every roll of film had 24 exposures, (pictures) and I had 5 rolls. 24 times 5 is 120, so by the end of the 5 day period I would have 120 exposures ready to be developed. Now, for those who aren’t a photo geek like me or aren’t familiar with how film works, I’ll give a crash course. When a picture is taken, the camera’s shutter moves and exposes the film to the light- this exposure time can range from 1/4000th of a second and higher, or even as long as a couple of minutes or hours. The longer the film is exposed, the more light is transmitted. So the film is exposed to the light and as the light hits the film, the chemicals in it undergo a change. This makes the film ready to be developed, a process that involves more chemicals and time. After the film is developed, a “negative” image can be seen. This is where the colors are reversed and the image is nearly complete. From this stage the negative film can either be scanned, or made into a print.

So there’s a quick runthrough of the magic film processing is. It’s considered by many to be a dead medium, but for the few who still use film, there’s nothing else quite like it. Many also consider film to have a much nicer aesthetic, perhaps due to the fact that many films render skin tones much more naturally than digital. I personally have used only digital cameras for the majority of my life, and it was an eye-opening experience forcing myself to shoot on film.

The biggest difference was that I don’t instantly see an image. It’s 2016, and everything is nearly instant. You want a pizza, you can order it and have it at your house in 20 minutes. You can purchase a video game online, and play it in a matter of minutes. (Assuming your internet is fast enough.) Everyone is used to the instant gratification that nearly every aspect of modern technology possesses. Now, I’m by no means a patient person. I’m a person who is used to the speediness of nearly everything, and I don’t like waiting. However, I don’t feel like I need instant results with film. It’s pretty awesome getting your negatives back, and either seeing your scanned or printed images. The effect is almost like “Wow! I totally forgot about this picture,” or “This looks way different than I remember!” I think about less, and instead of visualizing myself taking a picture, it’s more like “freezing the moment.”

Just because something is newer, or is regarded as higher quality, doesn’t always mean it is better. It’s easy to be happy without having the “latest and greatest” and I think that everyone should do something like what I did. Forest Hills is full of very privileged people who take getting new things for granted, and in my opinion it’s a great idea to take a step back and see what it was like in the past, when what’s now considered old was the best.

*Due to the film needing to be developed and scanned, it will be 2-3 weeks before I am able to get the images. I will make an update with the pictures soon.