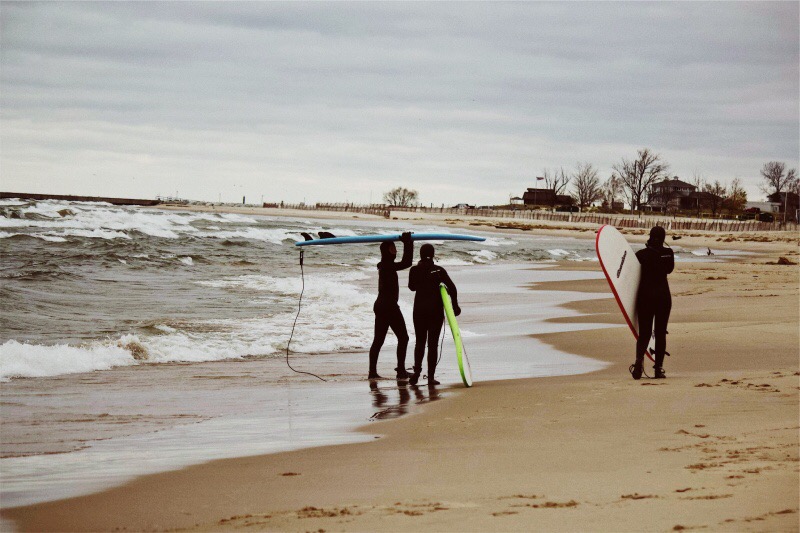 Located in Room 154, in the basement of the school, lies a class like no other: Gone Boarding.

From building surfboards all the way to longboards, the students of Gone Boarding spend their block class of 5th and 6th hour making all different types of boards.

The average day in the classroom looks very different from the usual classrooms; this class allows the student to become hands-on after sitting through four hours of classes.

“On a typical day, you would see surfboards in here, wake surfers, snowboards, skis, and skateboards. We also spill outside when the weather’s nice,” said Bill Curtis, founder and teacher of Gone Boarding.

After making their boards, students then take those boards and use them outside the classroom in the real world.

“If it’s not a shop day, we would be at Lake Michigan surfing, wakeboarding at Cable Park, paddle boarding, or longboarding,” Curtis said.

The class is solely graded based on participation, and the students are there for the activities outside of the classroom. But, for the building aspect, there are rubrics for every board.

“We aren’t looking for showroom quality in boards; we want to see that the effort is there, and the attention to detail is there,” Curtis said.

Due to the students making their own boards, though, they take more pride in the creations, leading to better grades.

“They design it, they build it, and it’s theirs,” Curtis said. “There’s a pretty high level of engagement. When you’re working on something that belongs to you, it’s bigger than a grade.” 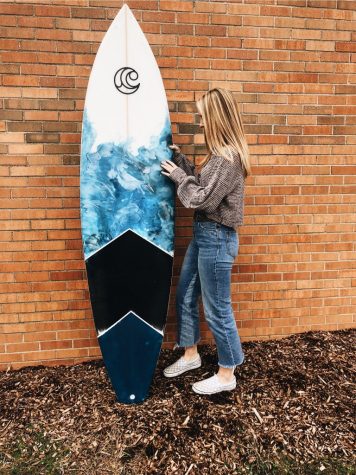 Although the class may seem like an easy A, the students make a variety of boards in five short months.

“[Students] have to make either a surfboard, paddleboard, or wake surfer within a group, and then we like to have those same groups work on snowboard or skis,” Curtis said. “Then, they all do a longboard or a skateboard individually.”

Due to the class being so different from many other classes, people assume that the idea would seem absurd to the administration— but it was not. Curtis explained how the administration was more than happy to create this class.

“Our curriculum director at the time was really, really excited about it because we had talked to him [before],” Curtis said. “We knew that [FHPS Superintendent Dan] Behm was excited about it, [but] there were certain committees that we had to meet with and go through.”

“I think what they wanted to see was that this was well thought out, and this wasn’t just a plan we came up with,” Curtis said.

While trying to persuade the administration into allowing this class to land a place at our school, Curtis also had to explain how it was not going to be a standard classroom set up.

“It’s going to be run differently than other classes, there is going to be a significant amount of time that is spent away from this campus,” Curtis said.

However, the administration took the bait, and the Gone Boarding class grew from Northern High School to Central and Eastern High School along with eleven other schools. 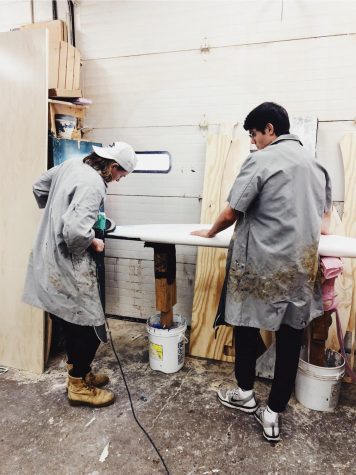 Gone Boarding does not have any requirements to be able to take the class which makes it a very popular class that students love to take.

“There is way more demand than supply,” Curtis said. “I think we had around 50 kids sign up, and we can only take 24.”

Those students who are lucky enough to take this class easily label it as their favorite class.

“It lets me get my creative side out; it’s more like laid back, and you get to do your own thing instead of being taught,” senior Valerie Nuffer said. “I think my favorite part is when we go out and go surfing because it’s something I’ve never done before.

As Valerie stated, Gone Boarding is a breather from the vicious norm of traditional classes. The class also allows the students to become creative.

“Not only do we get to build boards, but we actually get to go out and test them,” senior Jack Nolan said. “If you are a creative person, you can basically do anything [with your boards]. My favorite activity in the class so far that we’ve done is surfing, because I love the aspect of traveling out with everyone over Grand Haven and just enjoying the elements.”

The Gone Boarding class has become a relief from other classes which was exactly the main reason the class was created.

“Seeing most kids not enjoy high school, whether they were really high academic kids or the other end of the spectrum, it seemed like everyone was just coming in [and] punching a time clock. They were really waiting for what they were excited about doing after school,” Curtis said. “We wanted to figure out something that we could do during the school day that kids could actually receive graduation credits for that would get them excited to come to school.” 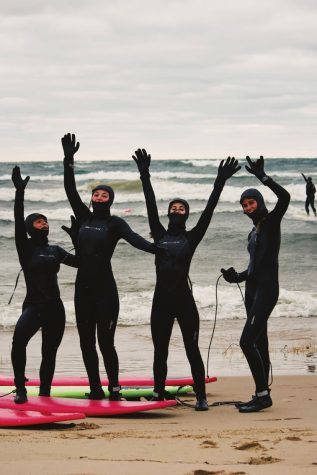