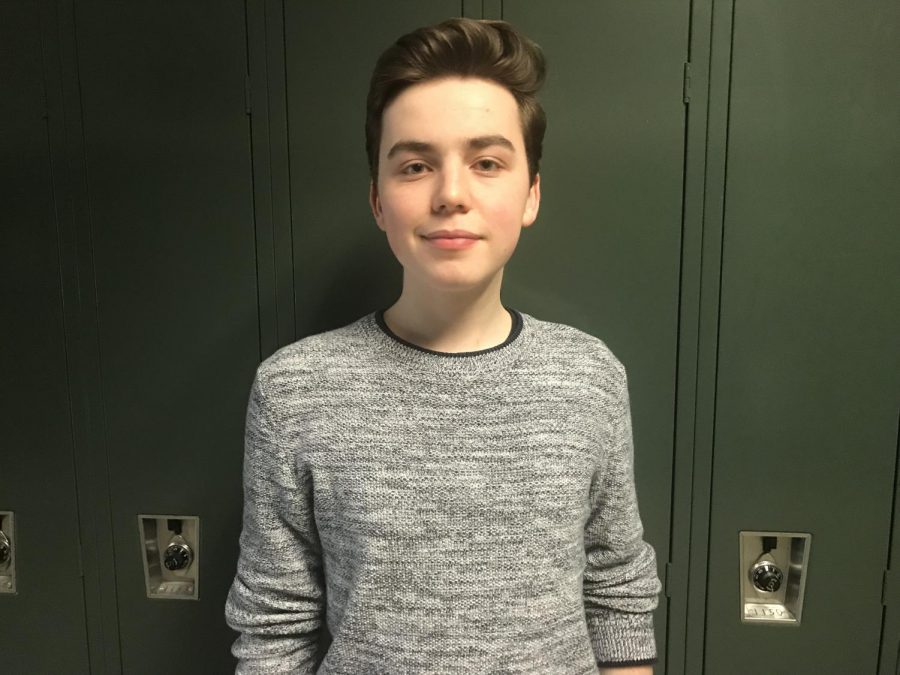 “I’m not really a ‘sport boy.’ I’ve done the improv team here for a year. I’ve done a lot of theater here. But out of school, I’ve done a lot of community theater; [I’ve] done a lot of lead and supporting roles in a lot of different theaters around Grand Rapids, and I’ve gone around and out of the state for different camps and different schooling stuff, and I’ve been taking dance for four or five years. [My freshman lip sync performance] was a good way to get my foot in the door so people could recognize my face from something. And I think DeMeester— I was in her theater class, but I don’t think she had necessarily considered me as much of a large actor until she saw me as someone who had a personality. But I really enjoy and kind of try and work at having a specific personality, and I think that was a good way to exude that. Now, I’m really excited about [being cast as Joseph in Joseph and the Amazing Technicolor Dreamcoat]. I think it’s a great opportunity, and I’m really excited for everyone else, not just myself. It’s going to be a lot of work and a lot of responsibility, especially because I know I’m going to have to help to lead the show, but I’ve got a lot of people around me, so I think as much work as it’s going to be, it’s going to be a lot of fun.”