The Goldfish BBA team is back and better than ever 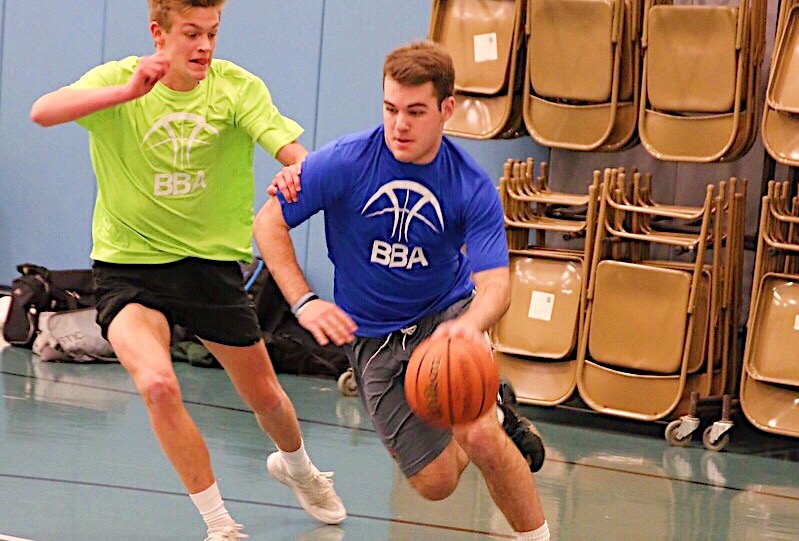 “We are like the Harlem Globetrotters of church-league basketball,” senior captain Luke Majick said.

Now entering his second year on the Blythefield Basketball Association team, the Goldfish, Luke already has high expectations as to how this season will go.

“Since we are playing in a church league and no one is really that good at basketball, I think we have the best players around the area, so it will be pretty easy for us to win,” Luke said.

The BBA games take place at Blythefield Baptist Church in Rockford, and it costs thirty dollars to partake in this extracurricular event. Each BBA team is assigned a different color jersey. The Goldfish, to no surprise, are orange, continuing the original tradition. 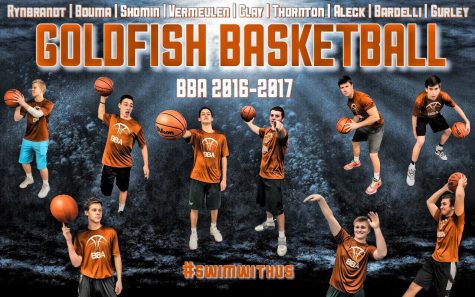 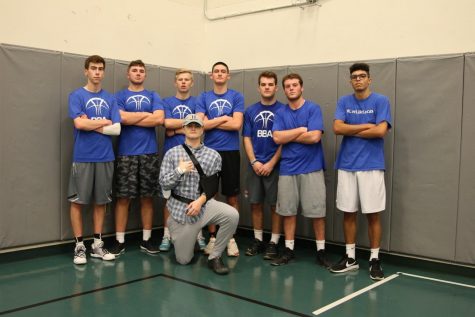 “The Goldfish team is in its third year of existence,” Luke said. “Last year, I was on the team as the only non-senior.”

This year, the team is stacked up with lots of new members like seniors Evan Metaj and Adam Tellier. Although only one game has occurred so far this season, Evan and Adam see the Goldfish going far.

“We have pretty high hopes for this season,” Adam said. “Hopefully [this season] will end with a championship, but we still have a long way to go to get there.”

“We are more than ready for this season,” Evan added. “There is no question as to whether we will win every game this season. We just will [win]. I have been looking forward to playing with the Goldfish for a long time now. I even had it marked on my calendar.”

The team members signed up to play basketball, but also to spend time with each other outside of school. Their already established relationships carry over onto the court and show during game time.

“Our team chemistry is unreal,” Luke said. “We are all friends off the court, and we all take [BBA] seriously, even though it is considered a recreational league.”

Luke is not the only team member who feels this way.

“[We’re] unmatched,” Evan said. “We ruin every team we play because our team chemistry is significantly higher than everyone else’s.”

The Goldfish are confident about this upcoming season, and they currently have one win under their belt. Based off of past years, the Goldfish have always dominated the other teams playing in the league, and this year they are hoping for the same luck.

“We are the top team in the league as of right now,” Luke said. “ Last year, the Goldfish put up one hundred points in one game, which is a league record. We are a heavy favorite to win it all this year.”

BBA is about basketball, but for the guys who play in this league, BBA offers so much more to them.

“I have personally benefited from BBA because of the exercise part of it,” Adam said, “but also because it has helped me become closer with my friends.”

“BBA is really good for all high-schoolers,” Evan added. “It serves as a way to get active and bond with your friends in a way that is more than just hanging out outside of school. BBA has a unique aspect that you can’t find anywhere else.”

The Goldfish play at Blythefield Baptist Church at 4 p.m. today, Thursday, December 20th. The team would appreciate it tremendously if people came out to support, not only to today’s game, but also any game people are able to make it out to.

“We expect to win every single game,” Luke said, “so the energy in the room does not faze us. With that said though, I know we would really appreciate it if people could make it out to our games.”

Unfortunately, the BBA league season ends on February 27, ending with the big championship game. The members of the Goldfish are more than excited for the rest of the season, and they believe in their hearts that they will not only make it to the championship game but win as well.

“The hardest competition this year will honestly be ourselves,” Luke said. “We are a freight train. No one can stop us.”