Spider-Man: Into the Spider-Verse is an incredible movie that no one saw coming 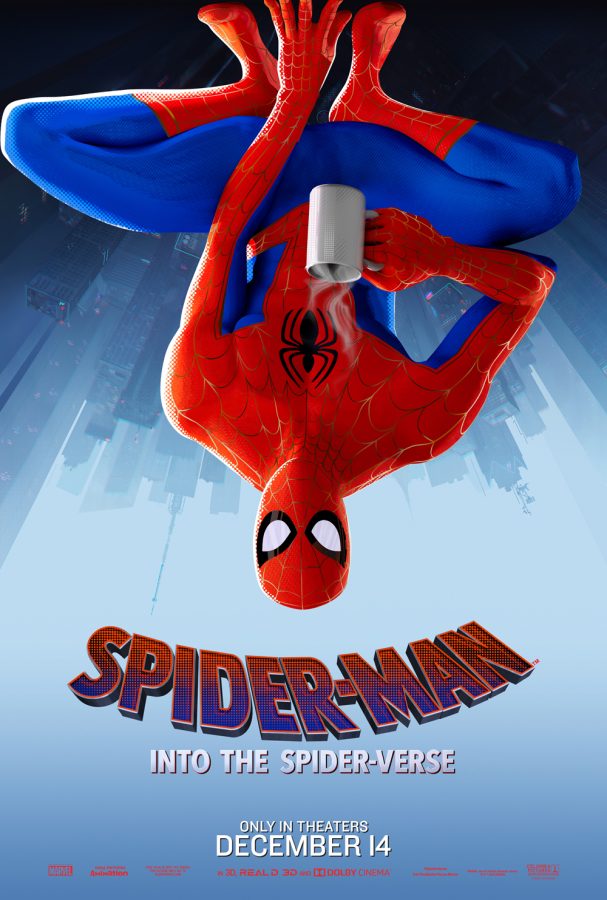 Having a dad that’s obsessed with the Marvel universe and whose favorite hero is Spider-Man, I grew up surrounded by the red and blue colors of the famous suit.

Spider-Man could be seen in a poster and even on our Christmas tree.

After seeing Spider-Man: Homecoming, I had high hopes for the newest Spider-Man movie.

Spider-Man: Into the Spider-Verse exceeded every expectation I set.

The movie follows Miles Morales (Shameik Moore) as he struggles with living up to his father’s standards while trying to accomplish his dreams. After coming across a radioactive spider and a man named Kingpin (Liev Schreiber), Miles begins to learn what it is really like to be Spider-Man. When his hero falls in combat, it is up to him and his newly made friends to figure out what Kingpin’s plan is and how to stop him.

Compared to its many predecessors, this Spider-Man movie is one that stands out. It has many more comedic lines but manages to incorporate some of the more memorable moments from those movies without allowing them to distract from the story.

The voice acting, specifically done by Jake Johnson as Spider-Man, was very well done. I can’t imagine any of the characters having a different voice. The mannerisms that were created by the animation were accentuated by the skillful voices behind them. As for the dialogue, it was the perfect combination of comedic and heartfelt and serious.

True to Marvel’s nature, during the fight sequences, there is a constant banter going on between the characters that lighten the feeling of intensity. But that doesn’t distract from the moments that are meant to get the audience’s heart racing.

The movie also did a really great job at avoiding cliches. In doing so, they made a lot of the scenes funnier and more enjoyable to watch.

One detail that I really appreciated was the fact that not every Spider-person that was introduced was a different version of Peter Parker. All of them had their own, unique abilities that allowed them to stand out in the small group of heroes.

Not only that, but the animation makes the movie stand out from the large collection of Marvel films that it belongs to. The animation was something I’ve never seen before from a movie or tv show.  It was like a comic book brought to life. In the background with every explosion were the big letters spelling out, “BOOM!” Even Miles’ thoughts were displayed in small text boxes that hovered next to his head.

If I had the opportunity, I would pay to watch this movie again for, at the very least, another fifteen times.