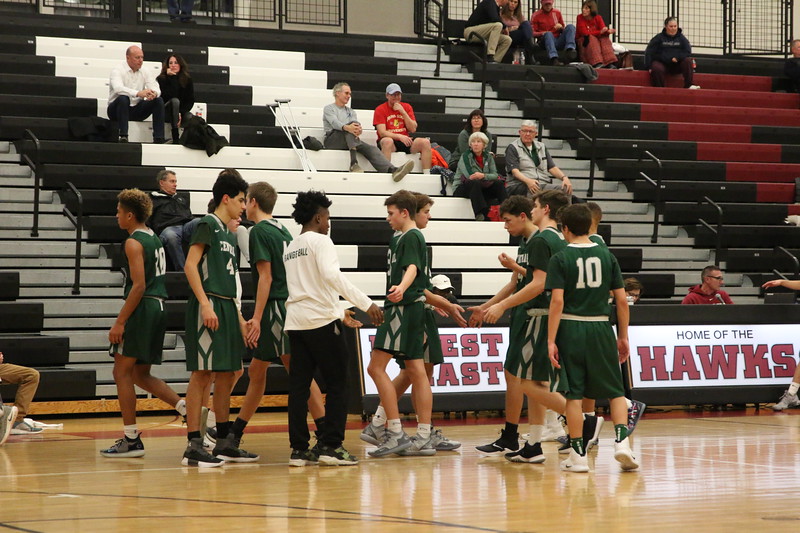 After a very successful outing the previous day against Covenant Christian, the boys JV basketball team looked to continue its success in the Cornerstone Holiday Tournament championship against the Rockford Rams. The Rangers, unfortunately, fell short to Rockford 52-47 in a defensive showdown.

Leading the team in scoring was sophomore Chris Battiste with a career-high 20 points. Chris was helped by great shooting performances from sophomores Dallas Hopson, Jeremy James, and Dawsen Beach. Despite a great game both defensively and offensively, the Rangers will look to put this one behind them as they look forward to their first conference opponent, the Northview Wildcats.

The first half for FHC started out right where they left off, with solid defense and some great rebounding. The Rangers were only outrebounded by 9 against a Rockford team that might be the biggest team FHC will face all year. Sophomore Matthew Mahoney led the team in rebounds with 10 and shortly behind him was sophomore Jason Downey. After a buzzer-beater from the Rams to end the half, FHC headed into the locker room leading 23-20.

Rockford started to get their offense going a lot more in the second half, as they scored 32 points alone in the second half. The Rangers hung in the game thanks to some huge threes from Dawsen down the stretch, but Rockford got some big buckets of their own to eventually pull away from FHC and end the game with a final score of 52-47.

The struggle to keep up with the Rams’ scoring was not the problem for the Rangers; it was turnovers, as they totaled 19 on the night. FHC cannot afford to turn the ball over that much, especially with a big conference game with the Northview Wildcats coming up soon. The Rangers sit at 3-3 overall and now look to begin their chase for another OK White Championship next week.