Freshman Maxime Larmande is bright, bilingual, and a basketball enthusiast 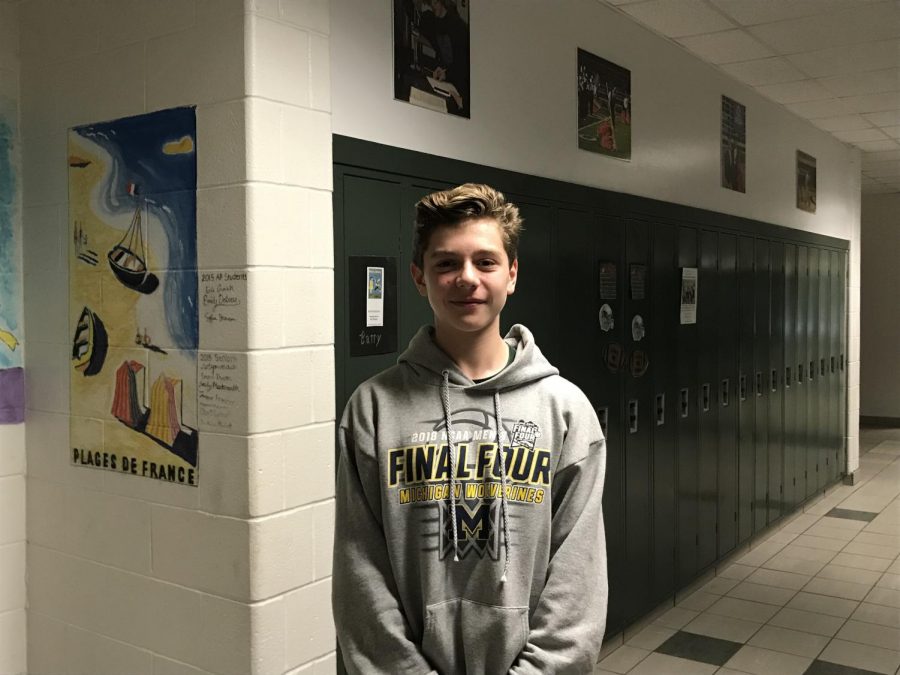 For many students, the start of winter break is tantamount to taking a deep sigh of relief and signifies the start of two weeks devoted to doing absolutely nothing. However, for freshman Maxime Larmande, the start of the holiday break was celebrated with an eight-hour flight to Paris, France.

From there, Maxime and his family flew to Switzerland, where they indulged themselves in alpine skiing.

Trips to France are rather common for Maxime, whose mother is from the north of France and father is from the south of France. Due to the fact that Maxime has no other relatives living in America, his family takes a trip to the European country at least once a year, usually during either summer or winter break.

“I like to go to [the city of] Marseille because it’s super warm there, and it’s by the beach,” said Maxime, who has been fortunate enough to travel all over France.

While this may seem like a crazy and fantastic dream to some, to Maxime, it is just his regular life that he has always known.

In addition to many trips to France, being raised by two fully French parents has provided Maxime with fluency in both French and English. Along with his two siblings and parents, Maxime lives in a bilingual household.

Still, Maxime has the capability to read, write, and speak in French. He is currently a freshman enrolled in French 3.

On top of taking a typically junior-filled foreign language course, Maxime has started his first year of high school with another involvement: basketball.

Maxime, who has been actively participating in the sport since he was seven years old, joined the freshman basketball team this year.

“It’s been pretty good, but I haven’t gotten to play [in] many games,” Maxime said.

The reason for his lack of play time was an injury to his lateral collateral ligament (LCL) during a practice early in the season. This prevented Maxime from playing in a number of games, but he was able to play in the season’s opener.

“It went okay,” Maxime said, “but I was pretty nervous because it was my first game.”

Thankfully, Maxime’s knee is back to normal, rendering him very excited to play in more games and spend more time with the team.

“I like all the people on the team,” Maxime said. “I know all of them. I like the rush [of basketball]; I love the competitiveness of it.”

Though Maxime may be kept busy with the winter sport, there are still other aspects of freshman year that have stuck out to him.

In addition to a new group of peers to connect with, Maxime has also taken note of the differences brought about by high school academics.

“Getting my work done [has been the hardest part of freshman year],” Maxime said. “I know that it is really important, way more important than in middle school.”

Despite the pressure of grades in high school, Maxime is ready to persevere through the remainder of the year. He is already excited about the remaining things that he will get to experience and take part in.

“I’m looking forward to keeping my good grades and getting to know more people that I don’t really talk to,” Maxime said.

His dedication when it comes to school can be partially attributed to his parents and the culturally rich upbringing that they provided him with. Instilling the French language into Maxime has not only aided him thus far, but it will continue to set him up for success in the future.

“Later on in life, I think I’ll be super appreciative for growing up French,” Maxime said.