Stephanie Postmaa turned her love into a career 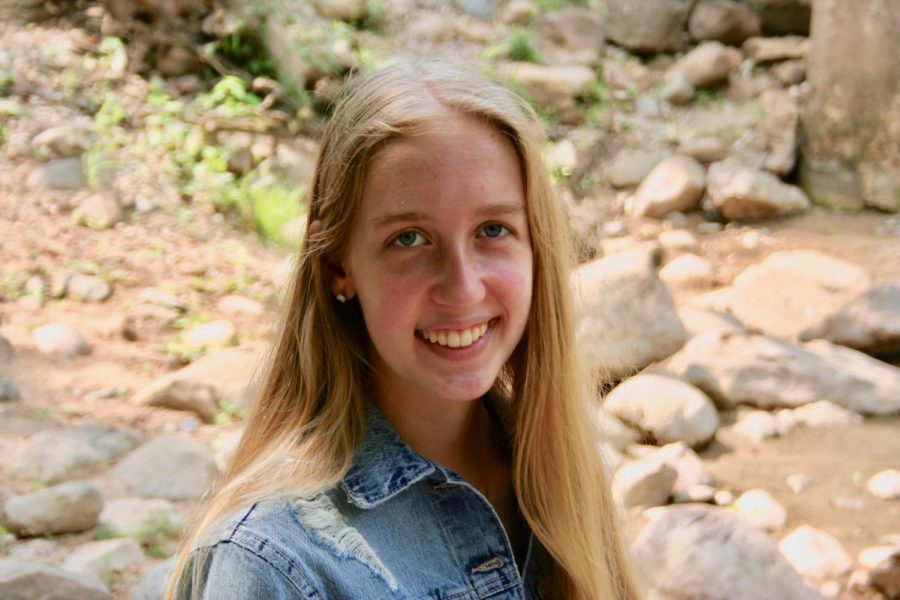 Senior Stephanie Postmaa has always had a deep love for animals. Whether it be a dog and a cat or a bearded dragon and a turtle, she prefers to be around animals rather than people.

“They are just so easygoing,” Stephanie said. “They love you unconditionally.”

Her love for animals helped influence her to pursue a career as a veterinarian. What started that dream, though, was a dog that had been in her family from before she was born.

The old dog was becoming blind and deaf, resulting in her falling over a lot. Stephanie told her that if she was ever hurt or needed help, to just bark and she would come for her. So every time the dog barked, she would stop whatever she was doing and go help her.

One stormy night, she barked and barked, but Stephanie didn’t hear her. The dog had fallen, and she was not there to help her.

“I just remember feeling like I wasn’t there for her, and ever since then, I [have] always wanted to be able to help animals,” Stephanie said.

She has taken many steps to increase the possibility of a career in the very competitive world of veterinary science. One of these was signing up to volunteer at Family Friends (a vet hospital). Also, in hopes of fulfilling her dream, she will be attending Michigan State University next year.

“[When I was little], I wanted to go to [MSU] because it had an ‘S’ and I was like ‘Oh, Stephanie,’ but then, I realized there was a lot more to it,” Stephanie said. “I learned about the veterinary stuff, and I thought that was really cool.”

She is planning on going there for four years and then applying to a vet school. She is prepared to do what it takes to become a successful veterinarian, even if that means attending school for about eight years.

She also wants to do more volunteer work and internships to get her name out there. This might even help fulfill her aspirations of opening her own clinic one day.

Being a veterinarian means getting your hands dirty. Even though it may not always be pleasant, that doesn’t bother Stephanie. She feels comfortable doing whatever is necessary.

“Whenever we had to do dissections, I was always fine with that kind of stuff,” Stephanie said. “All the other kids would be really grossed out, but I was okay with it. I was always the one who went in and did everything.”

With a long career ahead of her, Stephanie is willing to give it her all for as long as possible. She is opening her heart to give animals the care they need. It won’t be easy, but to Stephanie, the hard work and years of school will be worth it.

“It makes me feel like I am making a difference in [animals’] lives,” Stephanie said. “[I feel] that I am finally doing something and that they are going to live happier and more freely now that I am helping them.”