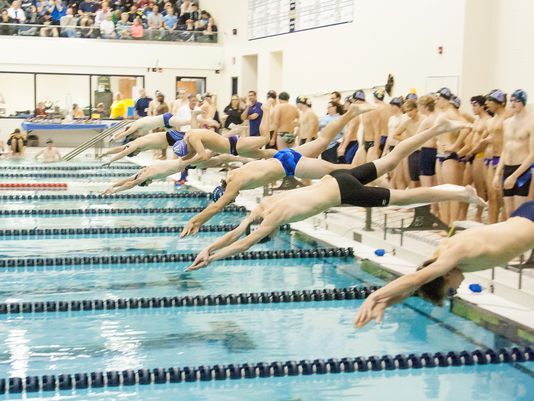 On Saturday, the boys swim and dive team competed in the Battle Creek Lakeview Quad. This quad, however, was different than most; it was like the Rangers were swimming in three separate meets, so there was not an official ranking based on a score. The Rangers finished with two wins and one loss. They beat Okemos 202-102 and Battle Creek Lakeview 168-136, and FHC lost to Midland Dow 163-142.

Some key swimmers for the Rangers were seniors Henry Schutte, Charlie Krug, and Adam Sands, junior CJ Hier, and sophomore Avery LeTourneau. Henry was able to capture event titles in both of his events. He placed first in 50- and 100-yard Freestyle. Charlie placed third in the 50-yard Freestyle. Adam, who has grown tremendously since the beginning of the season, placed first in the 200-yard Individual Medley. Avery, who has continuously been one of the Rangers’ top swimmers, placed second in the 100-yard Butterfly and third in the 200-yard Freestyle. Some key divers were senior Ryan Talbot and freshman Cole Hysong. Ryan placed first in diving with a final score of 387.10 points, and Cole finished fourth with a final score of 323.45 points.

This quad puts the Rangers’ overall record at 4-2, and their OK White conference record at 2-0. The Rangers will continue to work on their third and fourth finishes for the meets to come. Their next meet is on Tuesday, Jan. 22 at home.