I made a regrettable decision, but it changed who I am 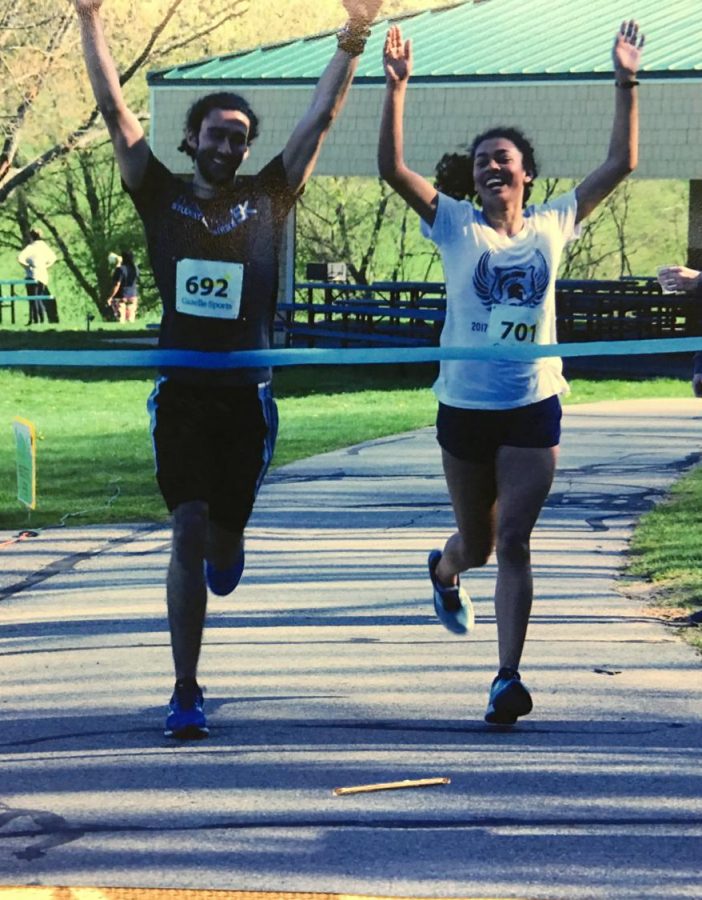 I push and pull. I wheeze then breath deeply in. I put one foot in front of the other in a continual pattern. My brain is screaming in pain. And yet, I still am only able to settle into the last place of the race.

This push and pull, this isn’t how this is supposed to feel. This isn’t me.

If it’s not me though, who is this, this weakened, wheezing, broken girl? I want to wake myself from this horrible nightmare, only to find that this reality is, in fact, real. My ragged breathing paired with each painful stride causes me to hate every step I’m taking, to hate this sport.

Seriously, what’s wrong with you, I think maliciously to myself. You worked hard. You deserve some glory, or at least something better than the last place.

Crossing the finish line and finally ending the most miserable race of my existence, I stumble into the arms of a teammate, my body racking in sobs. Embarrassed and worrying about what everyone is thinking of me, I hobble to my bag and sit, dwelling in a bubble of self-pity.

A few beats later and with my cleared head, I finally pinpoint the source of the aching misery that was the last 10 minutes. As a first-time and ignorant blood donor, I had sacrificed a single pint of blood in the middle of my expected breakthrough season, in return, earning a dismal season where all I thought I knew about running changed.

In realizing what I suddenly felt was stolen from me, I stormed away from everyone, jogging slowly to blow off steam. For the next couple of hours, if anyone started to talk to me, my defensive excuse would immediately come out like word vomit to anyone who’d listen, blaming my lack of blood for everything and regarding it venomously.

The more I talked to people, the bigger, darker, and meaner the cloud above my head got, feeding on my perpetual negativity. Walking up to a friend from another team, I prepared my speech about my race and my excuse about what was really to blame. In retrospect, it was all done an attempt to save myself from embarrassment, or so I thought. After telling her my sob story, I expected pity, empathy, or maybe even a little bit of admiration for braving such a difficult task.

Her response to me was something I never could’ve expected, and now, I’m forever grateful that she said it to me.

With a hug and smile, she said to me, “Hey, at least it wasn’t the end of the world for you to lose your race.” I was dumbfounded. She continued on, “If you hadn’t given blood, it would’ve been the end of somebody else’s world.” After saying what she needed to, she hugged me again and hurried off to prep for her next race with her own team.

Left in the wake of that realization, I felt frozen. Hadn’t I, moments before, been begrudging that blessing of life, that gift of blood I had given to someone? Hadn’t I, moments before, been commercializing my situation, blowing it way out of proportion just to feed my little pity party? What was I doing, blaming all my problems on a beautiful gift I had the opportunity to give?

How selfish I had just been, arrogantly believing that I was entitled to glory and admiration of people because of my running, instead of basking in the celebration that giving blood is.

While I had given up a season with great potential, I was also ushering in a “new” me by giving up blood mid-season my sophomore year. This “new” me would be more mindful about being selfless, would finally see beyond simply my appearance, and would be more conscious about what a gift running is, win or lose.

Other than serving as a “self-help guide” for me to see how selfish I had been, giving blood showed me what it truly means to “give the gift of life.” My pain during and after the withdrawal was nothing compared to the hardships that people who need that blood are facing. No matter who you are or what you do, donating blood is an incredibly rewarding opportunity and is absolutely worth it in the end.