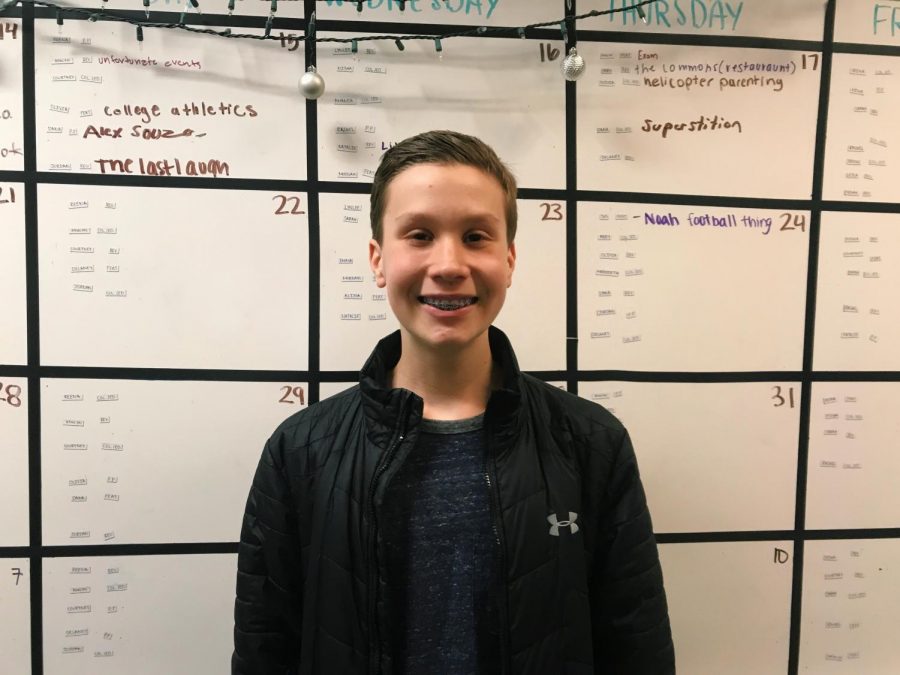 “When I was little, whenever I’d see high school musicals, I thought they were really cool, and I kind of wanted to be a part of them. This is my second time [being in the musical]. I was a pirate in the musical [last year]. It was part of the ensemble. I thought it was pretty fun, but it’s kind of confusing because I didn’t really know how anything works. Ms. DeMeester helped me a lot because I was confused a lot. I learned how to act like around the upperclassmen in that you can’t really do whatever you want as a freshman because it can be kind of annoying.”