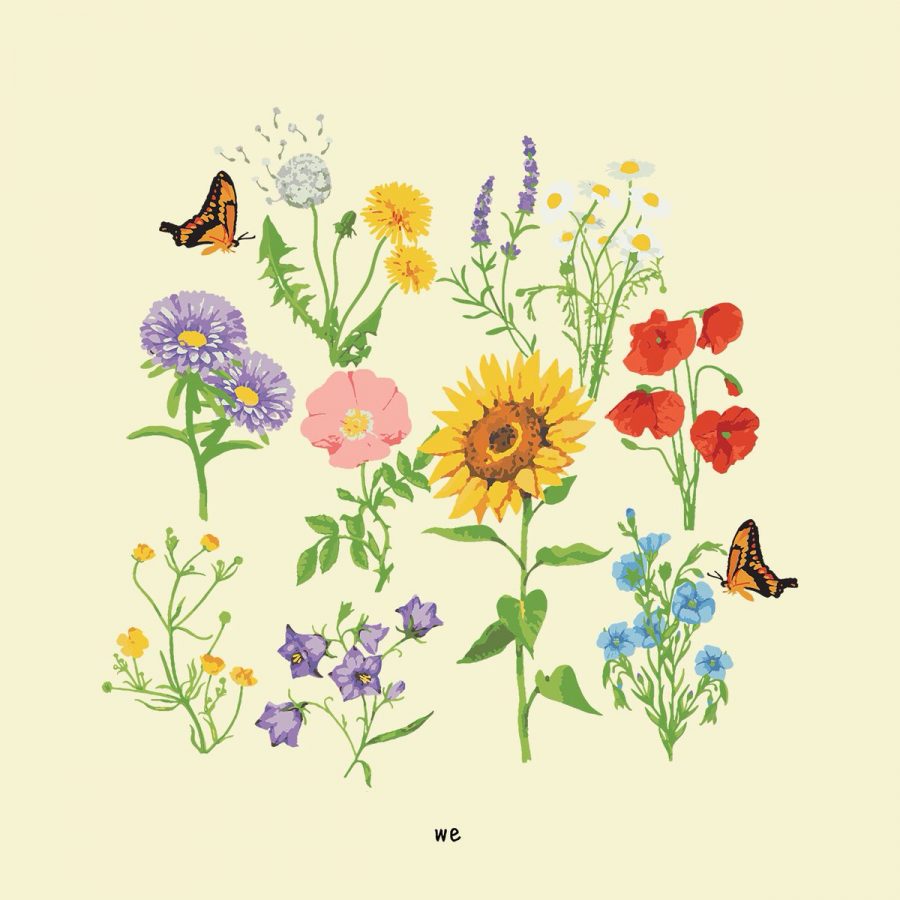 In 2017, there wasn’t a radio station that you could switch to and not hear the song “i hate u, i love u” by gnash playing. The song peaked at number ten on the Billboard’s Top 100’s and remained on the charts for 39 weeks. But, if you’re anything like me, you didn’t really keep close tabs on gnash, and until today, I hadn’t listened to one of his albums to completion before. Now that I have, it only reinforced my original reasoning for why I’ve never bothered before; his voice annoys me too much to enjoy his simply average songs.

The first of only five songs to start off his minuscule album titled we is “t-shirt.” Yes, we’ve all heard a song about an ex-lover’s piece of clothing left at someone’s house that serves as a reminder of everything that could have been. And while I wasn’t upset at the unoriginality of it, I was a little disgruntled that it sounds so much like “Bracelet” by Lauv from his most recent album, I met you when I was 18.

The lyrics “You broke my heart and all I got was this t-shirt,” by gnash compared to “I used to have you now I have this bracelet,” by Lauv display too much resemblance to make me think every part of this was original–especially because Lauv’s song was released in 2018, and gnash’s album was just released on January 11. I could’ve enjoyed this song more if it weren’t for it the fact that it sounds nearly identical to one released months before.

Despite the similar idea, the lyrics were fairly satisfactory with suitable rhymes. But no amount of lyrical genius could make up for the fact that I just can’t get over his voice. It sounds as if someone is talking into kazoo or as if he’s inhaled sulfur hexafluoride (a chemical that if inhaled, makes your voice decrease in pitch) and then tried to sing while on it. Maybe his voice doesn’t bother some, but for me, it was just too overbearing.

He has a decent variety of types of songs, with a slower tempo following the upbeat vibe of “t-shirt” called “be.” This song is one of your typical slow love songs with semi-creative lyrics, my favorite being, “Well, I’m not sold on soulmates, but I do believe in twist of fate.” But before I can even fully envelop myself in the melodies, his voice provides a rude awakening to any sort of imagery that may have been taking place inside my head. The melancholy music mixed with his monotone voice just doesn’t blend cohesively.

“imagine” was the only song I have previously heard from we, but there was a reason I never bothered adding it to one of my playlists. It keeps in tune with gnash’s almost predictable “spreading-positive vibes” message over an upbeat track, and I will say that I think it became better as the song went along. Slowly, the beat became more catchy and nearly formed into a feel-good song, but it was more of a melody that would accompany driving on backroads in the summer with the windows down than one you’d listen to while closed-up in your house in the winter. This doesn’t make it a terrible song per se, more just that the song is seasonal–and some songs are. But the fact that it’s almost four minutes long and just repeats itself for nearly the last two minutes makes it quickly become old.

With that being said, “imagine” was one of my favorites on the album, but that’s not exactly a compliment to him, more of the fact that it was the best of the worst.

Overall, the album was simply average. It wasn’t insanely complicated with elaborate upbeats, but rather contained gnash awkwardly talking over the track. His voice doesn’t mesh with the melancholic mood he was aiming for, and his hoarse voice over the only decent tracks are very contradicting. Maybe his album isn’t all that bad; I just can’t enjoy it because in order to make up for the Michigan-sized potholes that this album is covered in, it would at least need a new approach to music. But, it doesn’t even give you that.

I don’t foresee any of these songs topping the charts in 2019.