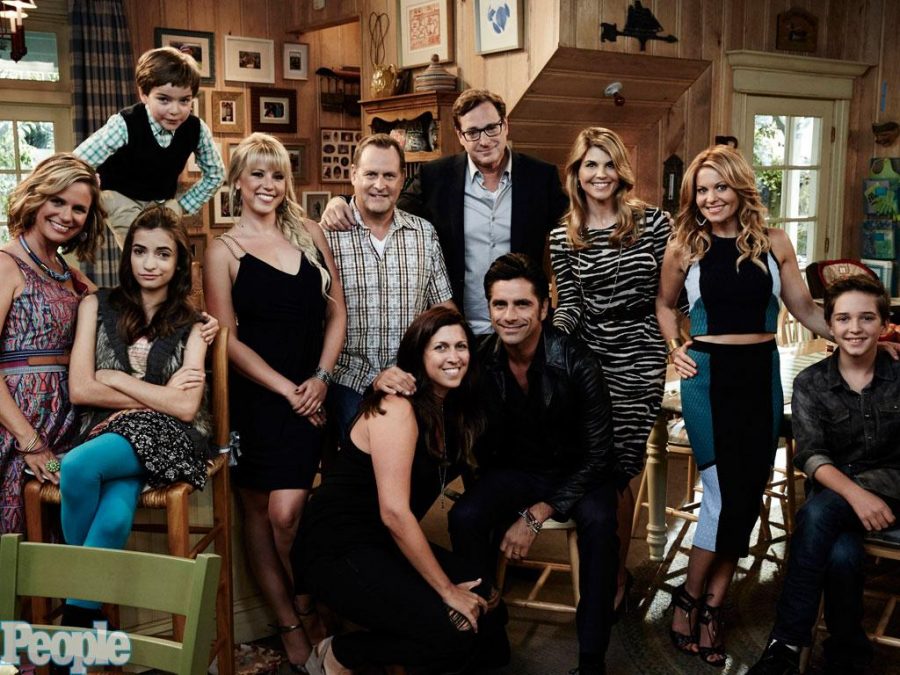 What once was fresh, bright, and blonde has wilted and dimmed. What happened to that one house in San Francisco? The place that, some 29 years ago, swaddled us in sincerity as three men left their lives to help a friend. The answer to that question is not on Netflix. Netflix’s Fuller House, the spinoff/sequel to the ’80s and ’90s sitcom Full House, is not the same show. Instead of three men, three women come together in the wake of one of their husband’s deaths to raise the widowed woman’s three sons (instead of three daughters, as in the original). And of course, that woman is DJ (Tanner) Fuller (played by Candace Cameron Bure), the eldest of the children from the original. And of course she’s joined by her sister Stephanie and her best friend from the original, Kimmy Gibbler (Andrea Barber).

Fuller House is very  familiar. The laugh lines are predictable. Stephanie Tanner (Jodie Sweetin) still says “How rude,” even though she’s now in her 30s. Wasting time figuring out whether or not Fuller House is good or not good is mostly pointless. Unfortunately, the potential for this sitcom wasn’t good enough. The likelihood that it was going to be a failure superseded everything. Between wanting a reboot and not wanting a copy, Fuller House could really only exist within a narrow window. As a reunion episode, “Fuller House” is a welcome trip down memory lane. As a series, this “House” should be boarded up and abandoned in the middle of the night.

I do acknowledge that when I did start watching it I wanted to continue. There was something about it that made me want to watch it. Another thing that I admired about the reboot was that they recognized the old show while actively developing a new storyline. The introduction with the new version of “Everywhere you look” is an ode to the old show but shows the new contemporary music style that’s popular today. However this is the only modern aspect that was completely new and brought into the show. Despite the new TV show’s connection to old hit Full House, this new sitcom will most likely not last because of the similarities between the two shows and the lack of adaption to today. It will not be able to compete with other comedy sitcoms like The Big Bang Theory and Modern Family.