Life doesn’t have to be like a comedy movie 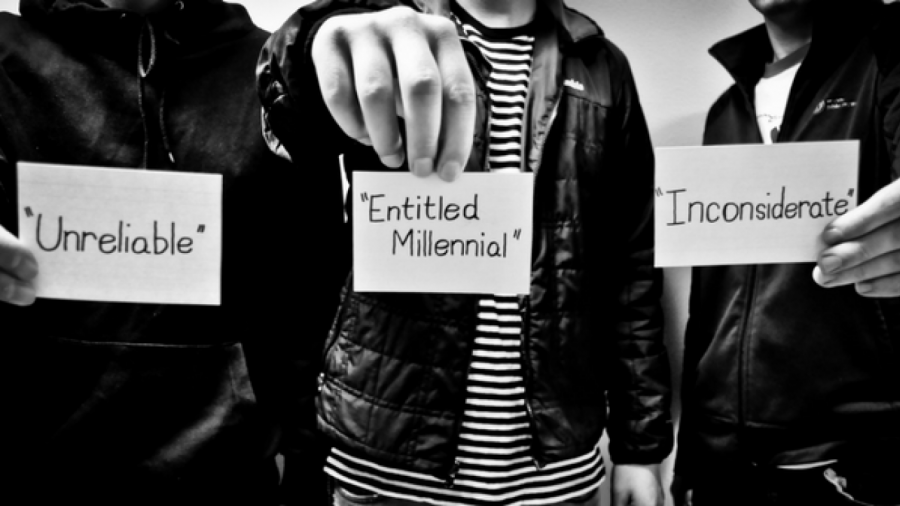 Reunions are somewhat of a common part of the storyline in comedy films. The main character is apprehensive to go back to their class reunion because they were teased for being a nerd or for wearing wacky outfits. They are afraid of it happening again and don’t want to feel like they used a time machine to go back to high school.

When they do decide to go, characters receive crude nicknames given to them freshman year. No matter what they do to stop it, it still happens, even if they completely change their image or marry models.

That moniker is engrained in the minds of the students that once walked the same halls. Some may have even repressed the characters’ actual name into dark corners of their brain.

The point of those movies is to make people laugh at their situations, which they do. It is made to be funny and seem unrealistic. However, people don’t realize that this actually happens. It is something called labeling.

This transpires when someone is given a nickname for pretty much anything that makes them stand out. People can be called crude things like band “geek,” “bigfoot,” or “fatso.”

It may not always seem like it affects people, but it is a form of bullying. Even if it appears to be a joke, it is still labeling, and it is an issue that needs to stop.

Life doesn’t have to be like a comedy movie.

The labels given to people can create stereotypes. They say things about people that aren’t necessarily true. For example, if someone was called goth because they wear a lot of black that does not mean they are actually goth. Then everyone that wears dark clothing is considered goth.

Being called a cruel nickname is dangerous for a person’s mental health. They can begin to believe what people are saying about them and learn to hate themselves.

The fear alone of being labeled can cause an ominous cloud of apprehension to cultivate over a someone’s head.

People feel the need to be perfect in every way to prevent themselves from being labeled. A single wrong move could end badly for anyone. A single day at lunch by themselves could lead them to being called a loner.

In comedy movies, if someone touches a moldy piece of cheese that is stuck to the asphalt, everyone runs away screaming. No one wants to go near the “diseased” person in fear of being infected. Then the character with “The Cheese Touch” is truly alone, besides that one friend who isn’t afraid.

Life doesn’t have to be like a comedy movie.

Sometimes a person will give themselves a lewd nickname before anyone else can. That way, they will feel a little better when someone calls them that. It is basically a very harsh defense system.

Giving someone a moniker can result in bad things, but it is not always intended to be negative. When people can’t remember a person’s name, they list their characteristics. For example, they will say the person is really into comics or is kind of stumpy. This is just a way of identifying someone.

Friends and family can also give someone a nickname, not intending for it to be harmful in any way. It is a different approach to tease someone about a person they like or for acting a certain way when they were younger.

Even if it can seem innocent, be careful because no one should have to experience the pain of being labeled. Feeling inadequate is not a good feeling. Don’t let life be like a comedy movie.