Cosmic Playlists are an insightful addition to Spotify 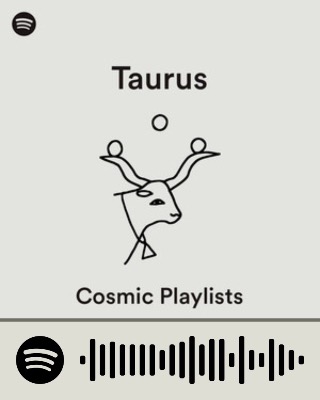 As of January 17, though, Spotify has taken astrology to the next level.

By teaming up with astrologer Chani Nicholas, Spotify has created 12 “Cosmic Playlists” based on the signs. Each playlist contains a plethora of music and a horoscope reading, both of which change each month.  The playlists can be found under the “Pop Culture Hub” on Spotify and can be saved, downloaded, and copied for each listener’s preference.

According to Spotify’s Newsroom, Chani says that the playlists can be used for inspiration, healing, and reflection and are a collection of songs that are personally curated for individual signs.

For me, a Taurus who is obsessed with astrology readings and predictions, this addition to Spotify’s already bursting selection of songs and podcasts is the perfect element to incorporate. My playlist, simply titled “Taurus,” is comprised of an hour and 41 minutes of songs based on building familial relationships and being more open to change during the month of January.

I began listening to this playlist during my early morning drives to school. The smooth, slow melodies that are contained within it were quite calming; however, some of the songs were not ones that I would generally choose to listen to. I can say, though, that each and every one of them related to the astrological reading that the playlist began with.

Songs such as “My Silver Lining” by First Aid Kit, “Family is Family” by Kacey Musgraves, and “Let it Happen” by Tame Impala further enforced the message of peace and love this January.

However, some of the songs were definitely not up my alley. Songs by artists that featured deep guitar riffs, long instrumental segments, or overarching themes about faith didn’t seem to connect with me, and I found myself wanting to skip over a small number, yet a significant portion of the songs.

Although I do realize that it is nearly impossible to pick songs that please absolutely everyone, I do think that it may have been beneficial to have added a feature like that of the “Discover Weekly” playlists. For these playlists, music is chosen based on your previous listening history and allows you to like or dislike songs so that a certain genre or artists is not played again.

If this type of strategy were to be implemented in the “Cosmic Playlists,” each person could have a playlist created for them based on songs relating to their horoscope while also taking into account the type of music they usually listen to. For me, having to skip fewer songs would make an already awesome experience even more enjoyable.

Overall, however, I think that the “Cosmic Playlists” are a new and interesting idea. The fact that Chani Nicholas created twelve unique playlists that change each month is something that I’ve never heard of before. While the total selection may not cater to everyone’s tastes, the project as a whole is revolutionary and inspiring.