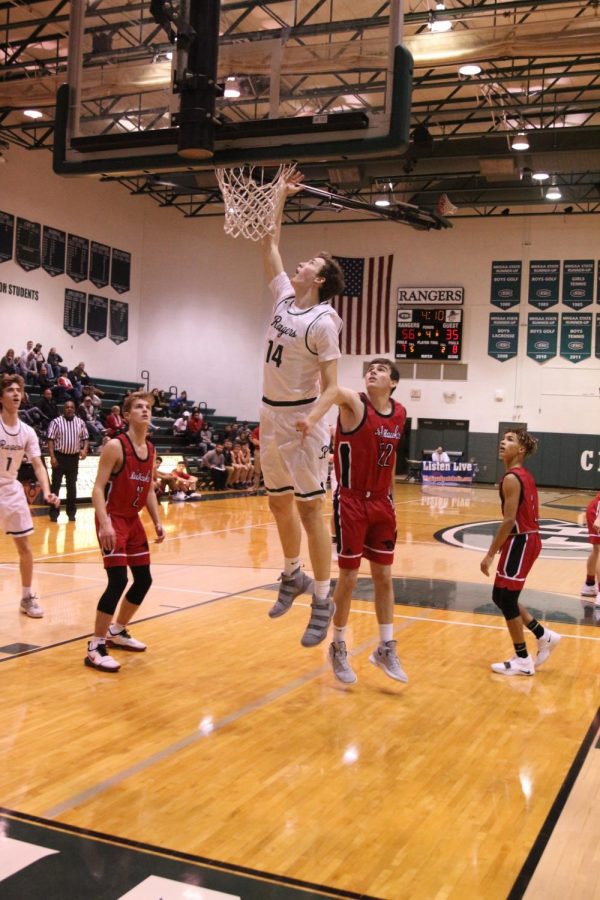 What is it like to be the only underclassman on the team?

“It’s definitely an honor to be the only underclassman on the varsity team. It’s something that I’ve been working [toward] for awhile. I put a lot of hard work in this offseason, and I’m really glad it paid off. The upperclassmen have really accepted me on the team, and it’s been a great experience so far.”

What has been the hardest part of the transition from JV to varsity basketball?

“The physicality of the game has definitely been the hardest part. Obviously, the players are better at the varsity level and the games are a lot faster, but the physicality is probably the biggest part. A big goal of mine is to get stronger in the offseason in the weight room to be better prepared for the physicality next season.”

What is your favorite part about Coach Carhart?

“I would say just the passion and detail he has. He’s such a great coach and cares so much about all of his players. He prepares tremendously for every single game, and he cares about us not only as players but as people, which I really like.”

What has been your favorite part of the season?

“My favorite part easily has been the Traverse City trip. The ride up north on the charter bus was a lot of fun, and we all just bonded. Beating Traverse City that night and hanging out all night long at the hotel made it that much better.”