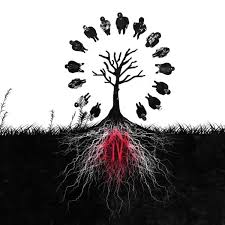 Between his unexpected death by shooting in June to multiple run-ins with the law, deceased rapper XXXTentacion’s musical ability and success has constantly battled his life circumstances. His recently released album, Members Only, Vol. 4, embodies the struggles overcome by XXXTentacion (often called X) in his short-lived life and includes tributes to him from fellow artists and rappers.

Though I wouldn’t call myself a “fan” of X, I find his devoted following intriguing, even six months after his death. A quick search of his name immediately demonstrates just how many he lives his music touched, with countless fans saying that his art helped them through the most difficult periods of their lives.

In fact, his singular Instagram post is the most commented on in the entirety of the social media platform; with over five million comments from fans all over the world, a quick scan through reveals the millions his work impacted. “Loved you since you sang the first song,” “Long live Prince X,” “Thank you for everything,” and other tributes echo his influence and beyond.

In this spirit, I was not necessarily awaiting the release of this album for the music; rather, as someone who has always found X’s loyal fan base peculiar, I was excited to see just how this album would affect those around the world. Additionally, it interested me that this is X’s second posthumous album. Therefore, the album was put together by “The XXXTentacion group,” rendering it very different from his previous albums that boosted him to fame.

While his previous works have been much more melancholy, deep pieces surrounding X’s struggles growing up, I was surprised to see more of an upbeat component occasionally featured in some of Members Only, Vol. 4’s songs. This discrepancy is most likely due to the large number of featured artists like Craig Xen, Bass Santana, and especially Flyboy Tarantino. These lesser-known but equally talented artists complete Members Only, Vol. 4, as X himself is only on six of the 24 songs.

Because of X’s lack of production and the foundation’s implementation of several guest artists, the album is less cohesive than average, with multiple autonomous pieces integrating to create one whole. Regardless, this provides plenty of variety, and I was shocked that there were so many unreleased recordings from an artist who had long passed on.

Each of the 24 songs is distinctive and unique, but personal standouts of mine included “Gassed Up!” and “Sauce!” Both of these featured X himself, and the upbeat rhythms seamlessly contrasted with X’s signature soft, murmuring lyrics. Coincidentally, these were the two songs that broke the Top 50 charts, perhaps indicating their similarities to his previous releases and profound impact on fans.

This album was released on Jan 23, which would have been the day X turned 21. The foundation’s tribute to him through this album touched me, despite my lack of following of his music.

Like a riptide engulfing a shore, X’s influence overwhelmed and captivated millions around the world, even far after his departure. Despite the controversy surrounding him, this album and the effort that went into it is proof that for his fans especially, X’s legacy will thrive for a long time to come.